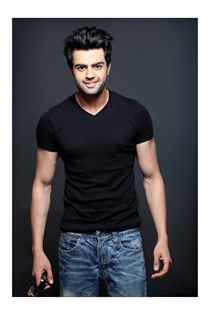 His witty jokes, sudden timeless expressions, art of surprising judges and spontaneous humor have made you laugh your heart loud. And that's one of the major reasons that have made anchor-turned-Bollywood actor Manish Paul return on Jhalak Dikhhlaa Jaa Season 7.


A come back purely on the basis of demand. How does it feel? "It feels great... People really wanted to see on the show. Big thanks to the Colors channel and audience. I shot my first episode with the show on Tuesday," says Manish.

Entering in the third week of the dance reality show, Manish replaced Drashti Dhami who was earlier hosting the show along with Ranvir Shorey. Unfortunately, the duo failed to bring the desired chemistry and fun on the show which ultimately disappointed the viewers.

If we adhere to the recent rumors, soon Ranvir will also be replaced. Is it true? "No. The rumors are absolutely baseless. I have shot the episode with him. And regarding Drashti, I have no hard feelings against her. She was good. I don't know why she got replaced. But I'm just doing my work," he explains.

So, what's going to be your strategy this time? Any kind of preparations? "Well, I'm not here to play cricket matches. I will simply be myself, be nice and do everything to entertain the audience."

The viewers love Manish's style of entertainment. What's entertainment for you? "It's what people like. It's important for me to know if people are enjoying my work or not.  Hence, everything I do is keeping people in mind."

People love you as an anchor, they are fond of your jokes... somewhere do you feel the pressure of convincing them as an actor? "Not at all. People went to watch my film Mickey Virus. They appreciated my work. Nowadays, there are many big stars doing TV shows as well. All thanks to them who have opened up a space for us."

Manish is now all set with his second film Tere Bin Laden 2. The release date is yet to be finalized as little work is pending. But informing about the film, Manish says, "It's an out-an-out comedy film where the guy is the mastermind behind all the goof ups and the one who solves the problems too."

In addition, he is also in talks for his third film project which is a romantic-comedy. "I can't disclose much about it, but the shooting for this film will begin after Jhalak Dikhhla Jaa ends."

The film industry has been flooded with many actors this year. 2014 is said to be year of newcomers. How do you select your films and try to be different from others? "I have just done a few films, so, I believe I'm not in a situation to choose films. However, if a good role comes to me, I will justify that. If the directors and producers think I'm capable of it, I would certainly do it," convinces the actor.

sakshi0046 6 years ago Drashti Dhami you were amazing as a host..Keep rocking angel..:)

crazyfangc 6 years ago DRASHTI DHAMI my barbie doll you are the best...
Love you always my MISHTI DRASHTI...
Good night sweet sweet dreamss...

girijamenon 6 years ago Drashti Dhami, congratulations for being the first indian tv actress chosen for an international brand.

javed1979 6 years ago Drashti Dhami, so proud to see you as the brand ambassador of Matrix...one more feather in your cap...

vinodsatve 6 years ago Drashti Dhami, good evening, hope your day has been an amazing one for you.

snehaljadhav 6 years ago Drashti Dhami, good evening, I just want you to have a flourishing career my dear.