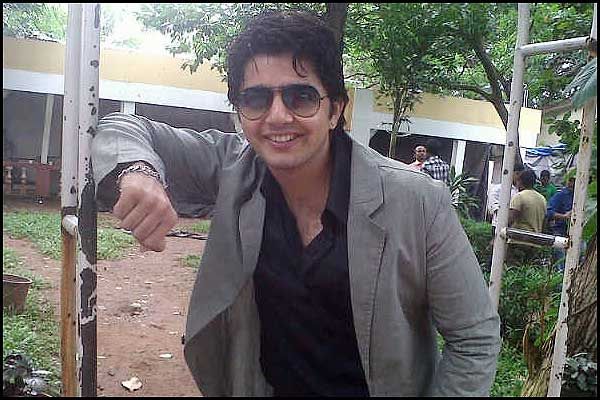 Television actor Alan Kapoor, was last seen in Shashi Sumeet Production's popular show Diya Aur Baati Hum on Star Plus as Cadet Rahul. The actor will be soon seen in an upcoming show Pia Basanti Re on the upcoming channel Sony Pal. He will be seen with Ada Khan who is not only his co-star, but also a good friend as they have done a show in the past with each other.

We got in touch with Alan Kapoor to know more about his character in the show.

Let's see what he has shared with TellyBuzz

He said, "I am playing Kabir and Adaa Khan is opposite me and playing the character of Pia. The name of the show is Pia Basanti Re which will be aired on the upcoming channel Sony Pal. The channel is coming up with a very interesting concept. It is a women centric show. Thus it is a good try by the channel to bring in unique concepts to entertain masses and give values to women."

Talking about the concept of the show, he says "Our show Pia Basanti Re basically is a love story and also depicts a tale of a daughter and mother. I am playing Kabir Shah who is a multimillionaire, star of their college. He is a football player and girls drool over him. In fact Pia's friends also adore him and Pia is comes from a low class family, her mother is a cook at my home. But she is studying in our college because she is very intelligent, she has won many scholarships and so she is able to study in our college. She respects her mom a lot because her mother has struggle a lot to give her happiness, she made her capable that today Pia is studying in such a big college. Pia doesn't have a father in the show. The audience's will see many nok jhok between Pia and Kabir, they are friends also but sometimes they end up arguing with each other and later things also get sorted out."

Alan shares his equation about his co-star Adaa as they are old friends, he avers, "I have a very good relation with Adaa, as we are very comfortable with each other. We have met each other long back as we did together a Sony TV's show Palampur Express. We did shooting at Mahabaleshwar for around 40 to 50 days. As you know that when we shoot at outdoor location we don't go to our respective places, we all stay together in a hotel, so we all actors bond like a family. That time we became good friends and from that time we are friends. And finally after a long time we are again doing a show together and I share a very good bond with Adaa."

We asked him what is the most interesting part which the audience's will see in the show for which he replies, "The most interesting part in the show according to me is that I am a football player in the show and in life also I used to play football before coming to Mumbai. I used to play at a district level but after coming here I don't get time to play, have tried to play but kabhi timing hi nai match ho payi. Finally I got a chance to play football; we went to Bhopal for our outdoor shoot where I played football. There I played with other football players and then I realized that I have not practiced for seven to eight years."

TellyBuzz wishes Alan Kapoor all the best for the show.

pasurYa 6 years ago Tfs article.
U r rocking as rahul in diya aur baati hum..
All the best

b2011 6 years ago All the best for your new show Alan.
Diya Aur Baati Hum best.

pasurYa 6 years ago All the best Alan for ur new show...
U were rocking as Rahul in Diya aur baati hum..

ranil. 6 years ago Alan u rocked as rahul in Diya aur baati hum ...
all the best to ur new show...