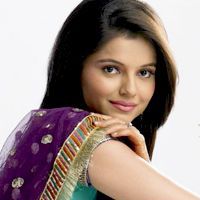 The gorgeous actress Rubina Dilaik who is very well known as Choti Bahu and was last seen as Sita in the mythological show Devon Ke Dev. Mahadev, has not only entertained the audience with her acting skills but has also been praised for her performance in various shows.
Well, according to the latest buzz she might be seen playing the lead role in the ongoing show Jeannie Aur Juju on SAB TV. After the exit of Giaa Manek from the show who played the role if Jeannie, we might get to see Rubina Dilaik playing Jeannie.
Our relaible source informed us, "Rubina Dilaik has been approached to play the role Jeannie in the show. She has directly got a call from the Channel itself for the show and we might see her in the show soon."

On the same we got in touch with the talented actress Rubina itself to know the whole story, and she says, "Yes, it is true that I have been approached to play the role of Jeannie. Talks are on but nothing has been finalized as yet."

We have also got to know that she has been approached for another show too besides the show Jeannie Aur Juju too.
So when do we get to see Rubina Dilaik back on Indian Television? To know more keep reading TellyBuzz.

radhika5 6 years ago You are doing great in the role of jeannie, Rubina Dilaik

avinashrubina. 6 years ago rubina u totally rock...hope to see u soon in ashow u

..yajnaseni.. 6 years ago With JAJ there will be no genres which you have not done yet dear Rubina Dilaik...That proves your versatility as an actress...Hope you will play Jeannie very well

radhika5-divya 6 years ago Waiting to see you back on screen, Rubina Dilaik