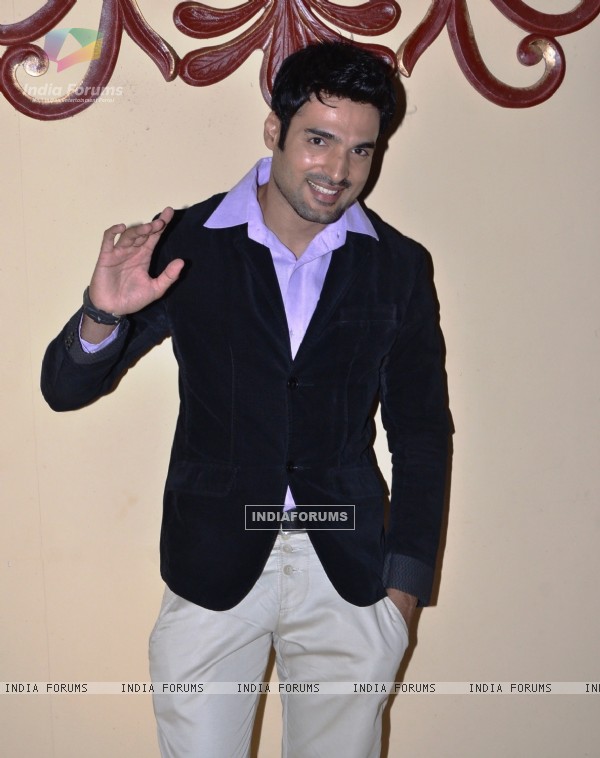 Bad boy who is turning into a good guy in Colors' Bani- Ishq Da Kalma Gaurav Chaudhary, who is currently essaying the role of Parmeet Singh Bhullar is a trained football player but has left his aspirations behind to pursue his acting career.


We got in touch with Gaurav to know about his struggling period and about his other interests...

Being an engineer, Gaurav successfully pursued his dreams and is well settled in Mumbai acting in the show Bani - Ishq Da Kalma, "I am from Delhi and I am a jatt so it is a mind set in Delhi or you can say that there is a culture that everyone has to be highly educated there and must be a doctor, CA or an engineer, so I had to become something and so I did engineering and I cleared it with good grades hopefully. As I always wanted to become an actor I joint acting training institute, then I came down to Mumbai. I struggled initially but I finally got Kayamath and then I bagged a promising role in Do Saheliyaan - Kismat ki Kathputaliyaan. I got an offer to act in Sapno Ke Bhanwar Mein but both show didn't do well and had to ended. But now I have got a very nice role in the show Bani - Ishq Da Kalma and hope that it goes long way," avers Gaurav.

Gaurav who is an expert player in Basketball, is deeply interested in other sports too apart from but due to time constraint he in unable to play any of those as he says, "I was very interested in Basket Ball and had played at a nation level when I was in school. But now after coming to Mumbai I don't get time for it and frankly there is place in Mumbai where I can play Football. I stay at Mira Road and I have not seen any place for football but as my society is huge, we play Volleyball and Badminton in the society itself."

He further adds, "As far as boxing is concerned I was very much interested in boxing as well, so had taken training for boxing when I was in 12th standard. I am a huge fan of Sylvester Stallon and his all series of Rocky. I have a big punching bag at my home. Whenever anyone will visit at my home the first thing they will see my punching bag as soon as they enter in my house. So this way I have managed to maintain my boxing interest and also have few more equipment of boxing at my home."

TellyBuzz wishes Gaurav Chaudhary all the best for his future endeavors!

Fari.Kashian 9 years ago I really dont mean to be disrespectful but I dont find Sonakshi pretty at all. A lot of people are going crazy about her but I dont think she is.
To each his own.

Shreyacool 9 years ago I really Like Sonakshi, & she has a great future ahead.

priya_al 9 years ago eeeuwww she vl b the ugliest acteress ranbir will be working against then...she looks like a SHEMALE

rose-girl 9 years ago Awww just luv Sona<3 Lyk RK also:) dont understand y make an article on this? can't she like any actor afterall she is also a normal human being:)

desigirl2 9 years ago Eeewww! That would make a such awkward couple! I'm not saying it's gunna happen but just imagine, Ranbir + sonsakhi??? o.O yuck!