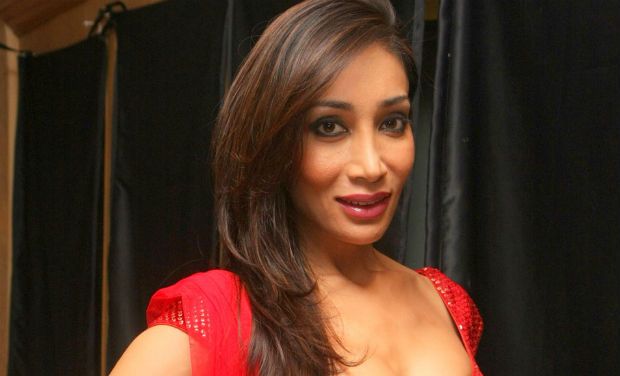 Before Kamya Punjabi's eviction from the show we saw in the previous week that the British model Sofia Hayat who entered the show as the wild card contestant getting eliminated from the show. Also in the previous interview taken by TellyBuzz, Sofia had clearly stated that she will take Armaan Kohli to the court.

Well for those who don't know the entire matter here we unfold it yet once again. While her stay in the Bigg Boss house Sofia had many fights with one of the contestants Armaan Kohli, where in one of the task Armaan had hit Sofia she claims. The entire scene was shown in the reality show's episode, except Armaan hitting Sofia. But well many say that the live feed of the show clearly showed everything.

In conversation with Sofia Hayat on the same topic, she says, "Yes, it is true that I have logged an FIR against Armaam Kohli. I had enough of evidence to file an FIR. He hit me and that was clearly seen, I had a bruise on my cheek too. It simply stated violence and Armaan has to pay for that. Many of them in the house have tolerated his ill behavior but I couldn't and I took my step."

Further she elaborated saying, "The police is investigating the matter as they want the footage of that incident where Armaan hit me during the task. Let's see what the final outcome is."

We asked Sofia whether if she thinks that will the other housemates support her for this act or not, this is what she says, "I don't need them to support me. As I said earlier that I have enough of evidence to prove my stand."

"Bigg Boss is totally different than the UK version of the show namely Big Brother. I feel that planning, plotting and fighting in the house to stay back in the show is very sad and annoying", she concludes.

Tiashah 6 years ago Sofia Hayat is a pathetic women who will not get what she wants, instead will make a fool out of herself she has no brain of her own instead listening to others. As for armaan he makes me sick his behavior in the house is disgusting and should be taught a lesson but Sofia has gone one step too far her couple minutes of fame will soon be over. Seriously grow up!

parii2 6 years ago imagine..Tanisha being a woman herself was saying sorry to Armaan at the end of this episode saying ki mujhe kuch nahi bolna chahia tha n all

LimitLessFan 6 years ago lol, BB clearly edited the clip of armaan babu hitting her, acha to fans who dont believe any one other than Armaan Gang, Andi said clearly sitting in car that, Jo Bhi Hua, Galath Hua... Proof kafi hai, to say Sophie is doing for publicity? why blame fans or ppl, our media always made wrong news and all , so people thinking in other way always

Go Sophie, chod na maath us gadhe ko, let him taste how it feels to be abused, even verbally, cops shouldnt give into his fathers power when questioning him , else bring British embassy ppl...

napster 6 years ago those saying, sofia is not good herself, need to get therapy. doesn't matter what kind of a person she is. cops have found evidence, she deserves justice.

-Nightingale- 6 years ago way to go Sofia...sad the show has promoted so much violence and been biased...they deserve it so does Armaan who has hardly spared anyone in the BB house

aratipradhan 6 years ago She wont stop for publicity. Armaan may have some flaws but he is not stupid to hit somebody even if he wanted to where there are many cameras for 24 hr feed. He was pulling the broom and it might have hit her in struggle but she is crying violence for that?

suresh555 6 years ago Armaan has a lot of flaws but Sofia should be the last one to point fingers at him because she herself is equally bad. I don't think he hit her like she says and as far as verbal abuse goes, they both abused one another

shiftedsands 6 years ago good that asshole deserves it...very good punish him so he learns a lesson