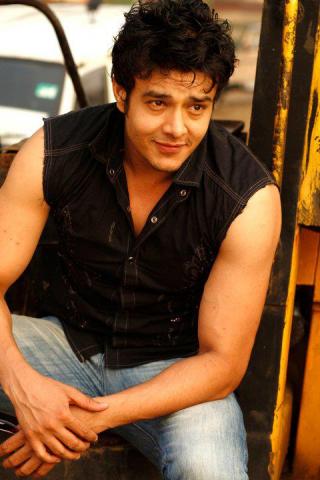 Aniruddh Dave does not believe in doing episodic shows but was last seen doing one on UTV Bindass's show Yeh Hai Aashiqui where he played the role of an autistic boy. The actor has been out of action on TV since his Zee TV show Housewife...Hai Sab Janti Hai ended this year.

Anirudh found the role of an autistic boy challenging and interesting so he chose to be a part of the story in Yeh Hai Aashiqui which was a cameo role. When asked Anirudh about the same, he maintains, "I don't believe in doing cameo or episodic but this story was special and challenging. I played an autistic character which I've not done before and also since this series was directed by Ashima Chibber I couldn't refuse it. Though I did get offers from shows like CID, Adaalat and Savdhaan India @ 11 but had to decline it."

He says that post his show Housewife... he got busy with theater and thereafter was hosting shows, "After my daily soap, I was busy with theater and even today I'm in Bangalore for the same. It's not that I had been out of action as I was hosting shows like Star Diwali and curtain raiser of Zee Rishtey Awards and also had been doing ads. Actually I've become very choosy when it comes to selecting the roles."

Further he elaborated saying, "I've always been a theater person and have been associated with the National School of Drama and it always feels good to go back to it. It's like polishing my acting skills and I am happy doing that till I get a good role on small or big screen. Even after that I would never leave theater as this is the place from where I started my acting career."

When asked Anirudh about his upcoming plans, he says, "On TV as of now there is nothing but on big screen yes I'm doing a film as a lead but again can't talk about it. Also there is an item song in Satish Kaushik's film Gangs of Ghosts starring Sharman Joshi and Mahi Gill. It's a club number filmed in a club of ghosts and I'm the lead dancer."

Well, Anirudh we wish you all the very best for your future endeavors!

starsanjana 6 years ago love you anniruddh hoping to see u back soon!

Ameera. 6 years ago congraulations ani on bigscreen
all the best aniruddh
miss u suhasi