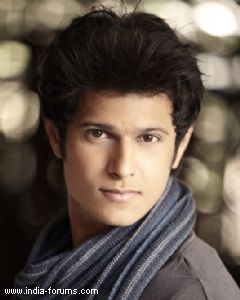 The talented and popular actor Neil Bhatt who has won audiences' heart by portraying different characters and was praised for portraying the mythological character of Lakshman in Zee TV's Ramayan. He is now gaining accolades for playing Cadet Zakir in Shashi Sumeet Mittal's popular show Diya Aur Baati Hum on Star Plus. We quizzed the actor to know more about him living the life of Cadet Zakir in the show.

The character of Cadet Zakir is not negative - "In television, either we get to play a positive character or a negative character. It is difficult to find a grey character to play on-screen and grey character is something which has a human thinking. No one amongst us is negative but we do lack in something or the other things and it is difficult to portray that. To gain audiences' sympathy and at the same time to make the audience realize about the psyche of the character this is what attracted me towards the character of Zakir. The character is being portrayed in a bad light to look like negative but it is not negative. This character will unfold well in the upcoming episodes as what was the reason for Zakir being rude, arrogant and what made him do all such things in the show. I am happy being a part of this show because of the intensity of this show and its entire cast and crew." 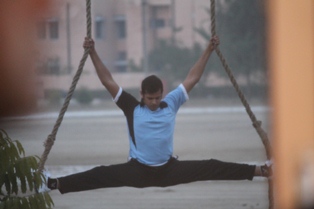 Martial arts skills has helped me a lot - "My martial skills are helping me a lot. Being trained in martial arts, I have a flexible body and I am aware of doing stunts. Since I was required to do stunts on my own, I was able to do it as I am aware of it. The challenges are always new for me as every day I am required to do new stunts. Recently, I did a split in the air and I had to do 180 degree split in the air. It required some flexibility in the legs then I did kick boxing which I already knew about it. I also did the obstacle race effortlessly as I am a well-trained martial artist. Even a common man can also do these techniques but a martial artist better knows the techniques of doing it."


We are being mobbed every day in Punjab - "It's amazing shooting in Karnal. We are being mobbed every day while shooting. The temperature is very low and we are having an amazing time to shoot here. People keep coming on the sets and we are pleased with their presence on the sets. People are coming from Punjab and Delhi just to meet us as they love the show. They come and praise our work; the show has a brilliant impact on the people."

I have always dreamt of playing an army officer - "I am in talks for some new shows and after this cameo will get over, those things might happen but I can't say anything right now. There is no dream role for me as such but yes it was one of my dream roles to play an army officer. So, I am playing my dream role as Cadet Zakir."

We wish Neil all the best for his Zakir's character!

-Wanderer- 6 years ago Neil Bhatt the split was amazing! You are a superb actor!
Wish Cadet Zakir was shown more! Hope to see you in a lead role next.

EXOL 6 years ago the split in the air was superb neil...u r amazingly talented actor..love you

b2011 6 years ago All the best Neil. Nice article. Your character is shaping up well.
Diya Aur Baati Hum Rocks.