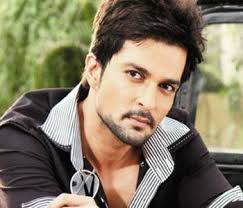 This was one entry any actor would feel proud of. Playing the character of Asad in the famous show Qubool Hai on Zee TV he had the additional burden of replacing the much loved Karan Singh Grover. However, RaQesh Vashisth has managed to do all that and more with his impressive entry as he saved Zoya (Surbhi Jyoti) from the ring of fire and announced his love for her. It is almost a month that he has been around now and his performance has guaranteed more popularity for the show and high TRP ratings too.
Sounding very happy RaQuesh is keen to talk about the show and himself...
You are looking great as Asad in Qubool Hai. Tell us how you feel about the response.
I am very happy since everybody has been praising me and I am getting lot of good response which has also reflected in the TRP ratings. People from the industry and my own fans are liking it very much. I think the credit goes to the entire team and the reason for this fantastic response has been the excellent storyline which has opened a lot of possibilities.
I feel blessed that I got this show. The entire unit is so good and I am yet to meet a team which is so involved in the shows, whether it is the actors, the technical team, the creative... all are good which is why the show is doing so well. I also like the fact that there is no negativity and that is the reason the show's TRPs too have been increasing. Currently, the track focuses on the wedding of Asad and Zoya which is very much happening. We have just shot for a promo for the same and you will also see us on hoardings all over.
How was it coming in as an already existing character? Did you try to add in your own inputs to it?
Initially, adding my own touch to the character was very restricted and I was told that you have to say your dialogues with this particular voice modulation, in such a manner only but now I have decided to explore beyond all that. As an actor it was not challenging to just follow someone else so I needed to have my own style, use my kind of gestures, body language, speak my dialogues as per my understanding and ever since I started doing that I have started enjoying it too. I have now opened up and am trying to create my own style since what is most important is to be convincing. 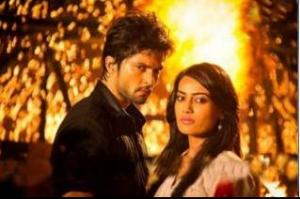 You received a lot of flak for replacing a popular actor. Has the hate mail stopped?
It has not stopped but has definitely reduced. It is very irritating since I don't understand where these people come from? Do they come from an upbringing where they are taught how to hate or abuse? I'm surprised as to how they worship someone so blindly. It reflects on your upbringing. I want to tell these fans that God is watching you all the time and it is nothing but bad karma that will come back to you.
I respect my work and when people pass nasty remarks it feels bad. Demeaning somebody's efforts is not right. Everybody works towards their goal so how can you put someone down. Some of the fans have even wished that Qubool Hai shuts down which is actually sad since they have no idea how many people are working behind the scenes due to which the show runs and so do the daily lives of these people. While I laugh at them for their childish behavior, I also feel sad for them.
However, thanks to the channel and the promos and publicity the TRPs to my entry episode rated very well. It is unfair to not give credit to any person. Let the efforts speak. I am happy that the TRPs have gone up because it has a feel good factor. I got an open arms welcome from the team with a kickass storyline which boosted my confidence.
What do you feel about the unprofessional behavior of some of the main lead actors who are doing prime time shows but act irresponsible?
In my opinion an actor needs to know that he is an important part of the show and much depends on him. How can actors disappear and go on long holidays again and again. Taking 4 days off once in 3 months is ok otherwise how do you keep up to the commitment. I feel these actors are either really tired doing a daily soap or just want to come back and go away again. If I was a producer even I would not like it and never encourage this kind of behavior. An actor or a producer is not doing a favor to each other. A show is an actor's baby too. It is a huge umbrella and you have to take shelter under it so you cannot be irresponsible. At the end of it making the product popular is important. 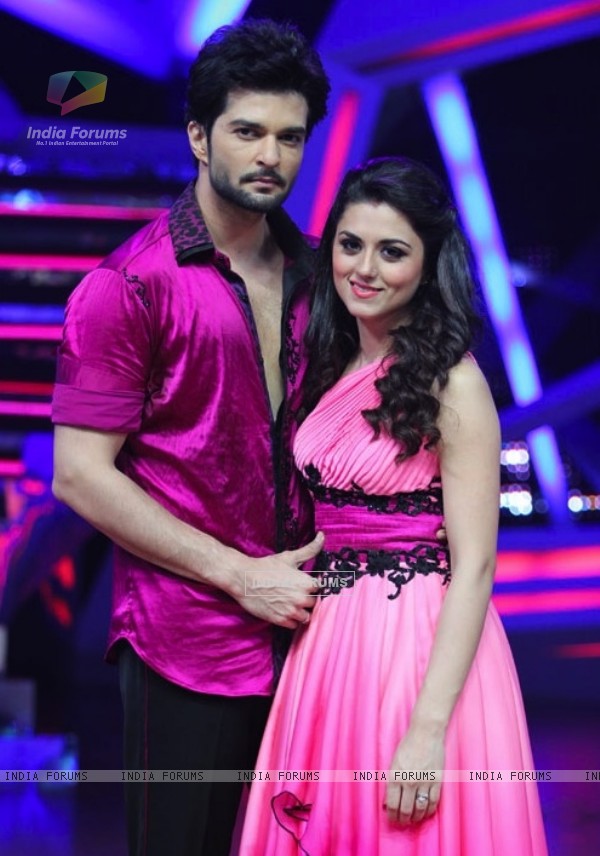 You and Ridhi Dogra Vashisth were doing well in Nach Baliye season 6 and your sudden exit was not expected.
Me and Ridhi Dogra Vashisth are totally passionate about our work and are workaholics and even we didn't expect an elimination in Nach Baliye. We are not reality show people and would rather concentrate on doing fiction as actors but after a lot of convincing from the Star Plus team I said ok to it since Riddhi was so passionate about dance. We were also doing well till my injury and what happened next was shocking for us too. We had decided to step down on our own and wanted to make an announcement on the show but we were told to do it in the next episode which we agreed to after we were given an assurance that they would be on our side but then suddenly we got to know that we were getting eliminated due to low votes which was obvious since we had ourselves asked our fans not to vote for us since we had decided on leaving the show.
At that time the team involved did not understand the gravity of the situation, but later they realized and even we understood that certain things are not in our control at all so I believe that some things are meant to happen and we should let them be. Even though it was hurtful for me and Riddhi who felt very bad we decided to let bygones be bygones since we are very close to the channel Star Plus. We have always connected with them and respect the channel and it was on Maryaada Lekin Kab Tak? that I met Riddhi and we got married so Star Plus will always have a special place in our hearts. We have no grudges against anyone.
Seema Khot Mattoo

7 years ago Raqesh and Ridhi are the best couple &lt;3

7 years ago you are amazing surbhi jyoti... love u soo much

+ 2
7 years ago ur a well deserving actor
love u as Ashad :)
pls keep up ur great work
just love u

7 years ago love u loadz Surbhi Jyoti...u are a treat to watch...

+ 3
7 years ago You are doing a good job in trying to portray Asad despite so much negativity. I think it goes both ways - if its not okay for an actor to pass hurtful comments on fans, then even fans should be respectful. Criticism is part of adulation but it should not be demeaning or an attack on a person.

7 years ago Missing U Karan Singh Grover
come back soon
Proud to be KSGian:))))))))

7 years ago Karan Singh Grover you are the best... luuuv u

7 years ago love u both raqesh vashisth and surbhi jyoti...keep rocking...

7 years ago love u loadz Surbhi Jyoti...u are a treat to watch...