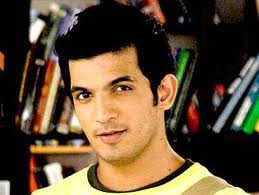 Television is becoming a stepping stone for these actors who are making their way into Bollywood. With the recent entry of dashing actor Siddharth Shukla appearing on the silver screen in the film Humpty Sharma Ki Dulhaniya, now another actor has joined the bandwagon. Yes it is none other than Arjun Bijlani who was last seen in SAB TV's Jo Biwi Se Kare Pyaar.

Arjun Bijlani is all set to act in Rajeev Ruia's film titled as Ishq Ho Gaya. He will be seen sharing the screen space with the winner of the stunt based show Khatron Ke Khiladi Darr ka Blockbuster Rajneesh Duggal. The leading lady of this film is Nidhi Subbaiah. While he has stolen the hearts of the audiences with his good looks, he is surely going to grab the attention of the viewers with his acting skills in this film.

Sounding excited about his debut on the silver screen Arjun says, "Yes it is my first movie. I have worked in television before but this is my first step in Bollywood and I hope to give my best. Since everything is new to me I am getting to learn many things. I am happy to do this film and I am working hard nowadays."

Talking about his experience working with the team he says, "I have just started shooting, so I am yet to experience things. The entire team is supportive, it is a good team to work with. We all have fun while working, Rajneesh Duggal is a nice person to work with."

When we asked him about his expectations from the movie Arjun says, "I never keep expectations for anything in my life. Right now I am focusing on my character in the movie, I will do my best and rest all depends on the destiny and the audience."

We wish you all the best Arjun!

NatalyMusketeer 5 years ago Siddharth Shukla, you was simply irresistible in HSKD...

Ummas 6 years ago
Hello, Siddharth Shukla, good morning. All the very best for your HSKD movie.

Mina.14.5 6 years ago Hello, Siddharth Shukla, good morning. All the very best for your HSKD Movie.

Mina.14.5 6 years ago
All the very best Siddharth Shukla for your HSKD movie.

Windsof.Heaven 6 years ago All the Best Siddharth Shukla for the HSKD , JUST WAIT 11 JULY