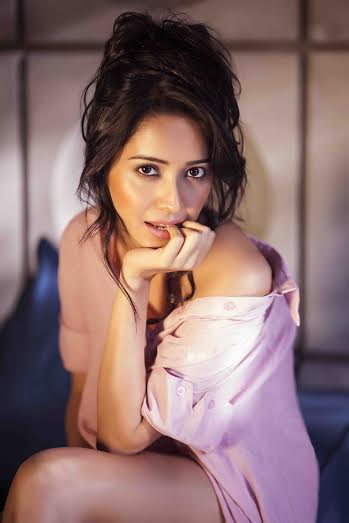 DJ's Creative Unit's popular show Ek Mutthi Aasmaan on Zee TV has seen a transition in its storyline as Asha Negi has replaced the former Kalpana essayed by Rachana Parulkar as the lead. With the comparison soaring high between the two actresses we ask Asha about her new show, replacing Rachana and more...

Talking about the comparison with Rachana Parulkar Asha Negi says, "Yes, I have been compared to Rachana because of Kalpana's character, but I don't want to get compared by her or anybody else because people should know that everyone has their own identity and has personal character. Rachana was doing her job and I am doing mine. We both are two individuals doing our job so I don't think people should compare us on such thing."

How challenging is it to play the character of Kalpana? Asha says, "It is definitely challenging because doing a new show with a new character, you get lot of love and appreciation but replacing someone brings love but also hatred along with it. But I think such challenge should be accepted to have fun in life. So it is definitely challenging and I am very happy with my work. I have also met some fantastic people on the show."

"I am enjoying the best time of my life being on the show as we together do lot of fun and enjoy working together on the set. In this short span of time I have bonded well with the actors on the set, this has been the best days of my life. I enjoy it and I got lot of positivity on the set of Ek Mutthi Aasmaan," concludes the actress.

roni_berna 6 years ago Rachana Parulkar, I am really happy for you and ZEE took the right decision of ending the serial in a month after they replaced you. They deserved it for hurting fans and you as well. You were criticized so many times but you preferred to ignore them rather than giving them any tags. That shows that you are a great person and good at heart as well :)

Critics (I will not call them haters) will always only criticize but Rachana, you need to prove them wrong and I want you to give your best in MP.

lizajo 6 years ago Stay blessed Asha Negi! Know that you are destined for success.

ashvikian4life 6 years ago great answers by asha negi . proud of you baby. all the very best for your future projects.


and regarding the haters , people should have an ounce of humanity for other people . they should understand that even actors are human and have hearts in their body , such insensitive behaviour hurts them too . and please these things don't come under CRITICISM.

if one actor is hurt because the ph threw her out of the project due to politics then the other actor is also hurt because she is literally abused in a public platform along with her family and mother that too without any proof, doesn't asha feels hurt ??

just because she came in the place of another actor , she was abused , disgusting things were said on her character , her mother , family , would be husband , friends and what not . shame on such people who don't even know how to respect a woman.

kandykandy 6 years ago Charming and beautiful Asha Negi
All the best for your future projects.

BeyoundTruth 6 years ago Rachana Parulkar and Ashish Chowdhry all the best for your future projects!

sakshik 6 years ago Happy to see that in short time you have made so many friends at the set Asha Negi. Wish you all the best for your future endeavours..

ShaNak_RagNa 6 years ago Rachana Parulkar Rocks...
Waiting to see u in MP I know you will give your best. All the best.