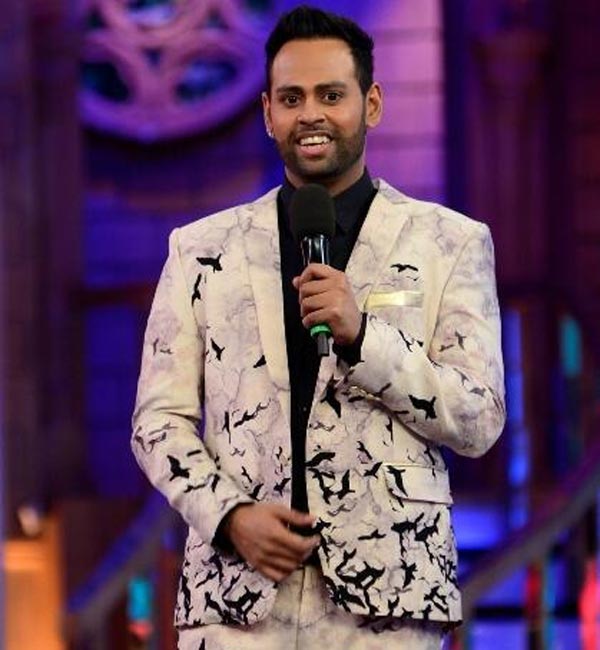 VJ Andy was very much known for his talks inside the Bigg Boss house for the recent season. Well the VJ cum actor is back on television but this time as a host. He'll be hosting India's Got Talent Season 5 with Bharti Singh after semi final rounds.
Having done a reality show Bigg Boss Saath 7, the actor cum VJ now has another reality show in his kitty. Sharing about the same Andy says, "I've done reality show but not as big as India's Got Talent. Yesterday, I stepped on the stage with the live audience and it was huge. I was like woww... I always wanted to be on a larger stage such as India's Got Talent."
Andy quite liked Mantra's hosting and also praised him. He says that he is looking forward to host the show, "Mantra was fantastic and had a good comic sense. I too have distinct connection with audience and will put my best humour side. We'll be in gala rounds and so its just like taking the show forward."
Talking about his experience on the show, VJ Andy was extremely happy and pleased as he was welcomed warmly by everyone on the sets, "It was an amazing experience and everybody on the sets were sweet. Karan Johar was pulling my leg during the shoot but he was sweet and warm to me. So was Kiranji and Maliaka Arora Khan too. I share a great rapport with the judges and it was a wonderful experience for me," he says.
When asked him about his equation with Bharti Singh, Andy says, "Ahhh... I think there should be a show called Bharti's Got Talent. She is very humorous and talented. I'm learning those one liner from her as mine are very different from what she does. I mean you know what I'm talking about... (He pauses). I think I and Bharti compliment each other very well."
Well, we wish VJ Andy good luck for his his new experience on the show India's Got Talent!
0 Likes

CuteTommy 8 years ago wat abt their results...were they also posted here????????

Jaya Saha to be Arrested by the NCB Soon: Report
41 minutes ago