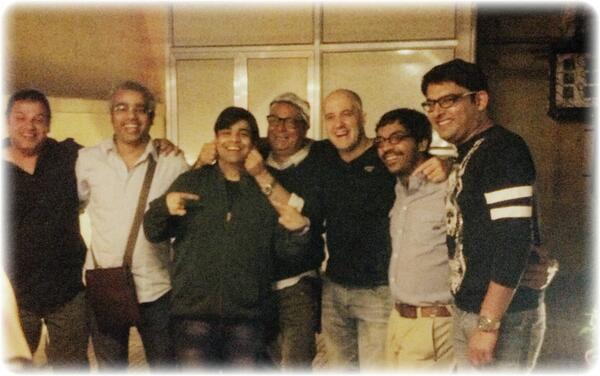 This man who is a laughter riot is one lucky guy as the entire world celebrates his birthday with love! We are talking about the very talented Kiku Sharda who is in top form in his career as Palak in Comedy Nights with Kapil and as a police constable in F.I.R.

Kiku says that he has no big plans for today as last night itself he had a party at home, "Today is just another day for me... I am not shooting but have some meetings lined up. As soon as I finish them I will spend the rest of the day with my wife Priyanka and my kids so it is going to be complete family time for us. The celebrations happened last night when my gang of friends came over to party at my house. We had a nice get-together and apart from Kapil Sharma and the team of Comedy Nights with Kapil, I also had my other friends like Vinay Pathak, Purbi Joshi, etc., from my earlier show The Great Indian Comedy Show who came home and we were just sitting and chatting having a good time."

While Kiku is at peace today with his wife Priyanka and their two kids, there was a time when in college he used to take advantage of the fact that his birthday would fall on Valentine's Day. His mischievous side used to come to fore then as he remembers, "I used to get lot of cards wishing me Happy Birthday but I would show off and make everyone believe that they were Valentine Day cards send by various girls," laughs Kiku.

He also remembers the time that he and Priyanka were newly-weds and decided to go all out to celebrate a typical candlelight Valentine dinner. "We were newly married and it was our first birthday and Valentine together so I decided to give Priyanka a surprise. I cannot cook but I ordered food from out and laid the table, kept the wine ready, did the decorations with the music and candles in place and we decided to have a good time with a nice wine and dine at home. However, Priyanka turned out to be allergic to wine which is 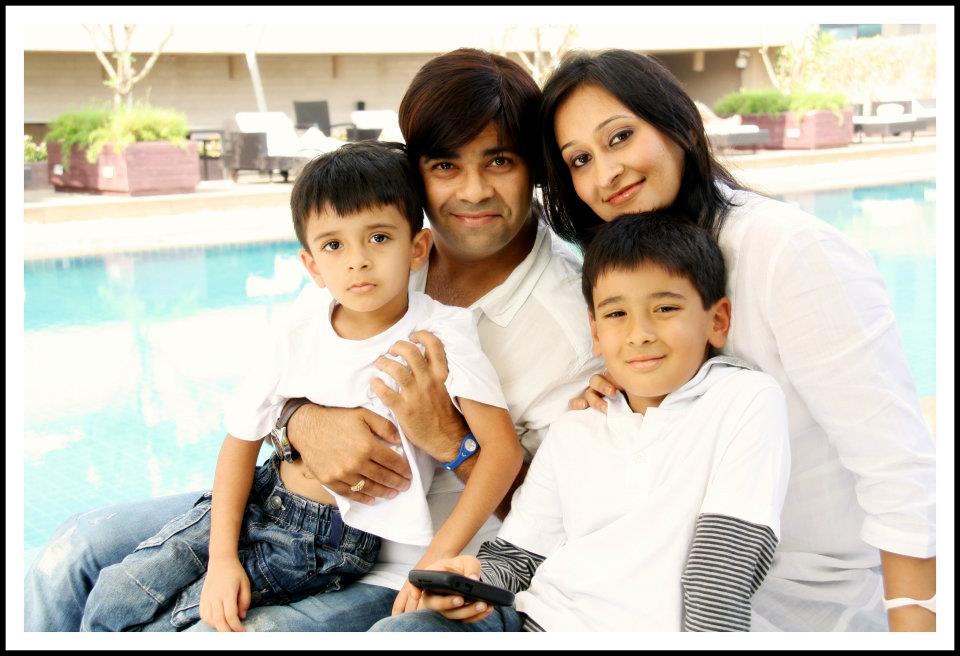 what we learned that night itself. That is when I realized that with my humorous side with me, how much ever I try to be serious I have to take things lightly and have fun!"

That also is the reason that he finds that Priyanka is the more romantic amongst the two, "Priyanka is more romantic and she is a bit upset with me all the time since she likes to indulge into a little bit of public demonstration of affection while I am a bit orthodox in these matters and thus feel shy. She argues with me about these things since she is not very happy about it."

Kiku likes the fact that Priyanka is good at writing and she writes lovely messages for him, "That I would say is the most memorable gifts that I receive from her. She buys greeting cards but then since she writes pretty well she always writes something original inside which I look forward to."

We wish the couple many more such romantic memories ahead.

saraaa. 9 years ago Seems like Rani will be paired opposite Aamir .. anyway this looks like an interesting cast! Really looking forward to it

Aquarius18 9 years ago That's great news!! Looking forward to seeing aamir-rani as they both sure do rock!!!

mysticgoryfilms 9 years ago thanks. looking forward to this movie! :) aamir has already gotten a mustache for it. hehe.

amurocks 9 years ago Hey its nice when friends meet again. Im extremely fond of both Kareena and Rani But I already knew about it all thanks to Zing exclusive that is shown on their website. You'll should check it out. Super kickass

ZoobiDoobi 9 years ago So looking forward to this! Bebo <3 Rani my all time fav.

Shipra_S 9 years ago how i wish there was Hrithik in it as the main lead. Then it would have been a full MDK cast!

.....anyways, seems like this movie will be something to look forward to.

Ranveer is Fulfilling his Husband Duties towards Deepika? ...
9 minutes ago