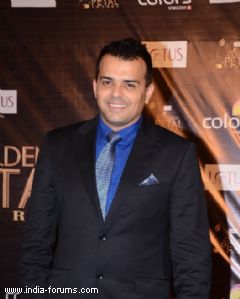 Rangraisya, produced by Saurabh Tiwari & Abhinav Shukla's Nautanki Films who also have the popular Madhubala - Ek Ishq, Ek Junoon on Colors is all set to launch next week. One of the most anticipated show as the year comes to an end, the show at prime time is all about an intense love story with characters who have dark shades.

With its Rajasthani background, the show had an apt launch last week in Jaipur with a skit by the main leads Ashish Sharma & Sanaya Irani which again highlighted the background of the story and the love hate relationship that the lead pair have in the show.

Fighting the Jaipur winter chill, Prashant Bhatt, Weekday Programming Head, Colors spoke about the making of the show and also tells us about the message the show will convey.

Rangrasiya comes across as a very strong, complex love story... a first for Colors.

Yes, and it has happened on the condition that it has to be complex. There is an easier way out or then there is a complex way which if successful is far more gratifying for the makers. This is the first time that we at Colors are doing something new, something different again since the last time we did something like this it was because of Madhubala - Ek Ishq Ek Junoon.

So was it the positive response to an intense love story Madhubala that prompted the making of Rangrasiya?

In a way yes, since the kind of response we got for Madhubala and the way it has resonated with the audience it gave us the confidence that people out there were hungry for different kind of a show and content when it comes to entertainment. We realized that our TV audience out over there were craving for something different whereas it is actually the same old story told in a newer and different way.

How did the concept of Rangrasiya come through?

Rangrasiya actually stemmed out of a thought that let's do an aggressive, passionate, romantic love story that starts with hatred itself. We wanted to put it on a canvas that is rustic and complex and out of our comfort zone. It is a lifestyle that is not very common as such and we wanted to put it together and gauge the response. At this point of time we were also contemplating Othello and we thought that it goes very well with the DNA of the show that we were planning so we decided to do an adaptation within the limit of Othello and that is how Rangrasiya came out.

Many characters in the show seem to be completely black. Why so?

No, Rangrsiya doesn't have all black characters. They are all grey. In today's time we rarely come across somebody who is completely black or completely white. Everyone has shades of grey but the depth and intensity of greyness varies from person to person. The attitude and behavior of any person depends on the baggage of the past, upbringing, situation one is put in so we had to think a lot before writing. We thus started preparing and writing the show 6 months back which was something new and different on TV since here they decide today, shoot tomorrow. So we were asked why were we getting ready 6 months in advance but I guess it work to our advantage. 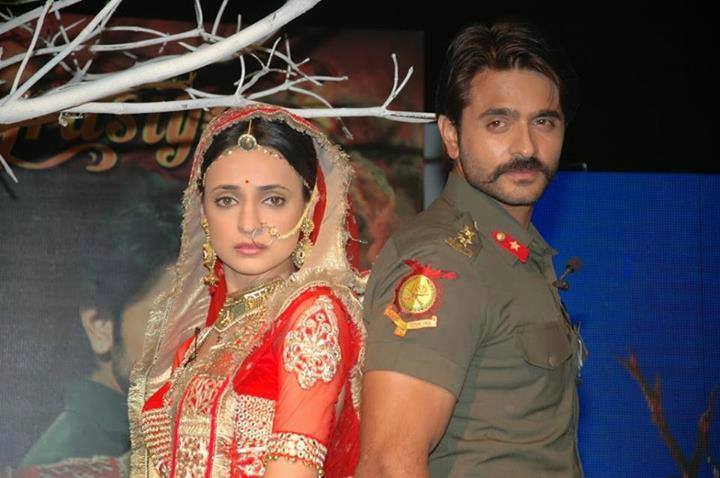 Rarely do we see that the main lead is an out and out negative character. Don't you think it is a risk?

We believe that maintaining a balance between good and the bad is important so if Rudra (Ashish Sharma) comes across as a bad guy he has his justifications as to why he is doing what he is doing because according to him his loyalties do not lie with anyone else but to his matrubhoomi alone due to the oath he has taken as an Army Officer.

Thus when Rudra is going to take a certain step or behave in a certain manner with Parvati (Sanaya Irani), a lay man or a civilian may feel it is harsh. They may think has he gone made, how can he be so cruel, so rude but according to his point of view he is completely right since he has devoted his life to the oath that he has taken for the Armed Forces. That is the balance that we have to maintain and give justification for relations. At the same time we also wanted to show that no one is totally black or totally white. At the end of the day if the audience feel that what Rudra did is right and he should have acted this way only then we have got it right!

It sure must have been a challenge to the writers.

Yes, the show is going to be a challenge to the writers as well since it is far away from the regular kitchen politics, far away from the boy meets girl story! Since it is a complex story using the 1st thought that comes to mind is discarded immediately. I guess the word multi-layered comes from there since we have had to really brainstorm on the content.

What message does the show which is a love story which starts with hatred give away?

Visually it may look very hard-hitting, grey, dark but it is not as negative as it seems to be. At the end of the day this show will tell that love overpowers all evil. Pyaar jo hai har burai ko maarta hai and love conquers all so we gave the example that even in a desert a cactus can flower.

Haridas 5 years ago Ashish Sharma desperate to know more about your upcoming show. Hope to see you soon onscreen.

SWEEBILLI 6 years ago Ashish Sharma i respected ur work..always felt ur underrated like Sanaya Irani rightly said.I am watching this serial only for u
Keep the good work

Faerydae 6 years ago Love you ashish sharma. Welcome back dear. ..love your jodi with sanaya.

Kangana Opens Up on Instances of 'Big Heroes' Sexually ...
49 minutes ago