New Delhi, May 29 (IANS) Bollywood newcomer Jaccky Bhagnani Friday joined the league of celebrities rasing their voices for a cause, urging Delhiites to quit smoking. He stressed that the habit was unhealthy and 'uncool'.

'I've tried smoking a couple of times and I realised it is not a very good thing. In fact after smoking I had a strange feeling from inside...It's not at all a healthy habit or a style statement to pursue and I'm saying it because I mean it,' Jackky told IANS here.

Jackky's anti-smoking message is part of a campaign for World No Tobacco Day that will be observed Sunday.

'I have not flown all the way from Mumbai to assert myself over my audiences in Delhi but to simply request them to not play with their lives and the lives of passive smokers by lighting another fag,' he said.

Jackky was in the capital as a part of BIG 92.7 FM's 'Sutta Choro, Kal Kissne Dekha Hai Campaign' at the radio station.

Asked if he would light a cigarette on-screen, he said: 'I don't know whether I'll have to do it or not in the future for a movie but what I do know is that I don't think I'll be doing it that easily unless it's a hardcore role of smoker that requires smoking on-screen,' he maintained. 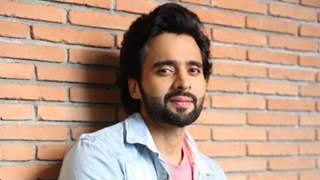