Sony Entertainment Television is going in for yet another revamp in its fiction programming, and the first decision was made when they decided to end Jeet Jayenge Hum. 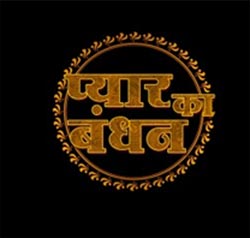 We had reported earlier that Jeet Jayenge Hum, produced by Benaifer Kohli will be ending on April 22nd. We had mentioned that Sukh By Chance and Pyaar Ka Bandhan are also under the scanner.

The latest is that the channel has instructed Balaji Telefilms to wrap up Pyar Ka Bandhan very soon.

A little birdie tells us, "We had earlier heard that Pyaar Ka Bandhan would be safe till August. But today we have been informed by the channel that we need to wrap up shoot very soon. Our last airing date will be April 22nd. We have been told to finish shoot in the next few days. So it is going to be a fast forward end, as we were not prepared for it".

Kritika Kamra who essays the role of Pratkeesha, confirmed the news and said, "Yes, I have just now been informed by the production house that we have to wind up shoot very soon, and the show would be going off air in the last week of April. But this does not come as a shock for us, as the news of Pyaar Ka Bandhan ending has been there for many a months now".

Pyaar Ka Bandhan will have a happy ending wherein all the siblings will unite, along with their mother.

We tried calling Ajay Bhalwankar, Programing Head, Sony but he asked us to call on Friday, as he was busy in an outstation meeting.

9 years ago luv u kritika want u back in kmh3! miss u so much

10 years ago finally
happy to know PraSha will be together

10 years ago Extremely disappointing!! If only PraSha were part of another show, I wouldn't be frustrated to hear about PKB ending... So sad, but Vivan and Kritika were only wasted in the show... They would have been better in another show!!!!

+ 5
10 years ago I have no expectations from SONY channel anymore after the way they ended promising shows like Ladies Special and Bhaskar Bharti! SONY SUCKS BIGTIME!

10 years ago im going to miss prasha....but it's def. wats best for them :) i think they were dragging it too much with repeated things happening....i can't wait for the ending though!!

+ 3
10 years ago hello from where are they going to get all together in one week thats 3 epi..pls we dont want a ending like KMH we were all scratching our heads then too