As we already know, Balika Vadhu 2 was all set and rolling to be introducing it's new chapter in the form of a leap where Anandi and Jigar will be all grown-up.

While the second season of the iconic show has been average so far, the makers have managed to bring in a starry trio of big names in the form of Randeep Rai, Shivangi Joshi and Samridh Bawa.

The promo of the same recently came out where apart from introducing the new cast, we come to know how troublesome Anandi's relationship is with Jigar and coming in as a breath of fresh air and hope is a smiling and innocent-looking man, Anand-

It does seem like a great trio and given how already popular these actors are, it will only help Balika Vadhu 2 reach bigger heights and might even lead to the show coming in the TRP race.

Are you excited to see this new chapter of Balika Vadhu 2? Leave in your comments below. 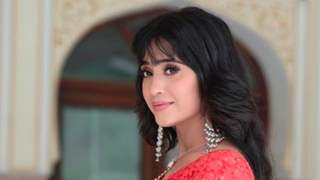 Shilpa Shetty Kundra and Tabu reminisce about their 25 yearlong ...

11 days ago Such a good story with moral values..we need more anadis in society

12 days ago Very boring 🥱🥱. It’s like old wine 🍷 in new bottle. I would rather watch Imlie’s inspiring struggle to teach us that #gaanvkehaipargawaarnahi