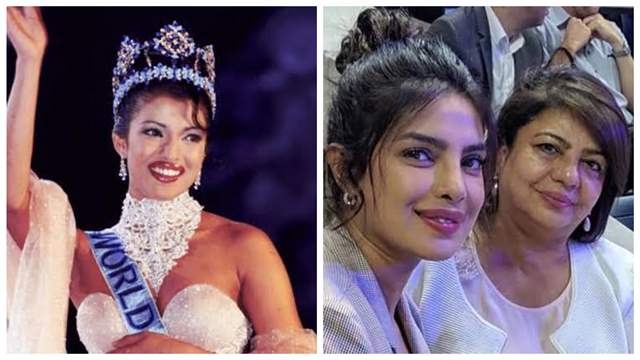 Priyanka Chopra made the whole of India proud when she was crowned as Miss World at the age of 18 in 2000.

After 20 years, the actress has recalled that moment and shares some interesting details from her crowning event. Priyanka reveals that as she was announced the winner, her mother Madhu said the ‘stupidest thing’ and it’s every Indian mother ever!

Sharing the video of the crowning moment, Priyanka wrote in caption, “Miss World, 2000. Picture this... I just turned 18 and won Miss World!! When I finally reunited with my parents among all the chaos on stage, the first thing my mom said to me was “babe, what’s going to happen with your studies?” #IndianMom #20in2020.”

The video opens with the winning moment when Priyanka Chopra was announced the Miss World among three finalists. PC can be seen hugging the runners up and then the crown is placed on her head.

Priyanka recalls the moment after 20 years as she sits with her mother to remember her big win. “I had tears streaming down my eyes what’s going to happen. I just need to hug her. And when I hugged her I spoke the stupidest thing -- Instead of telling her that I was so glad, so happy that you’re Miss World. I said, Babe, now what will happen to your studies,” said Priyanka’s mother Madhu Chopra.

Priyanka’s younger brother Siddharth Chopra also recalls the moment, “I remember at the Millennium Dome being on the stage. I was only 11-12 years at the time. But mixed feelings for me were I was happy that she won but the very next moment I learned that I would be going to the US for further studies instead of her.”

BeyondHorizon 2 months ago How is that the stupidest thing? Its probably the most important one. Look at Manushi - she was on her way to becoming a doctor but instead she takes the cliched route.