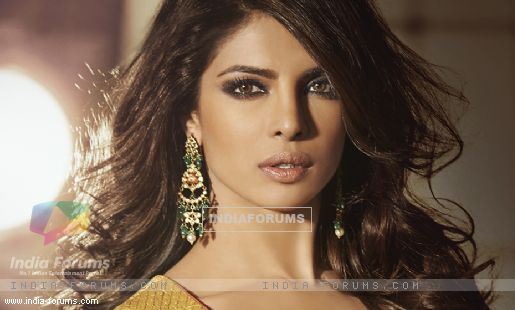 Priyanka Chopra, who plays the lead in Sanjay Leela Bhansali's co-production "Mary Kom", seems to be the filmmaker's latest muse.

It was Aishwarya Rai who at one time inspired Sanjay Leela Bhansali to make a trilogy of great films - "Devdas", "Hum Dil De Chuke Sanam" and "Guzaarish". For a while it was Rani Mukerji who seemed to occupy Bhansali's muse-space. Then it seemed Deepika Padukone had taken over when he signed her for "Goliyon Ki Raasleela Ram-leela" and "Bajirao Mastani".

Even Priyanka especially flew into Mumbai to attend the first-look event for "Mary Kom" and to attend a special birthday party hosted by the filmmaker for her recently.

A source close to Bhansali said: "Never in his life would Sanjay have dreamt of hosting a party for anyone in his house. In fact, he has never had a party in his house. But he did it for PC last week on the occasion of her birthday. He not only hosted a birthday party for PC he also personally invited all his friends, and hers."

Their friendship is the talk of tinsel town. Their association started when he offered her the item song in "...Ram-Leela", and the dance number became a success.

Followed "Mary Kom". Though Bhansali has only produced the film, he is said to have sat on the final editing and took Priyanka's role to another level.

"'Mary Kom' has been designed to turn PC into a hero of the masses. Priyanka was so impressed by Bhansali that she blindly and unquestioningly said 'yes' to a role in 'Bajirao Mastani' although she didn't have the title role," the source added.