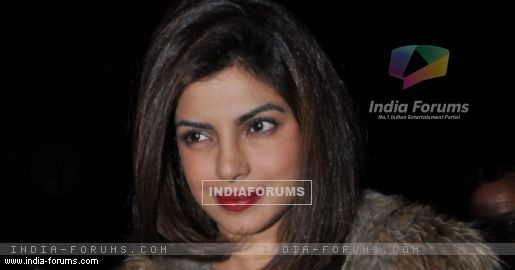 Actress Priyanka Chopra, who made her Bollywood debut in 2003 with spy thriller "The Hero: Love Story of a Spy", has completed 12 years in the Hindi film industry.

The 32-year-old took to Twitter to express her gratitude towards her fans and followers.

"Wow! 12 yrs! I came here as a scared lil 17 yr old. I thank u for accepting me and always giving my idiosyncrasies undying support. #Gratitude," she wrote.

Priyanka, who shot to fame with 2003 film "Andaaz" -- for which she won the Filmfare Award for Best Female Debut, has starred in more than 40 films including "Aitraaz", "Waqt - The Race Against Time", "Krrish", "Fashion" and "Gunday".

She was last seen playing the titular role in biopic "Mary Kom".

Apart from her acting skills, Priyanka has also shown her singing abilities alongside international artists Pitbull and Will.i.am.

Her upcoming projects include "Dil Dhadakne Do" and "Bajirao Mastani".