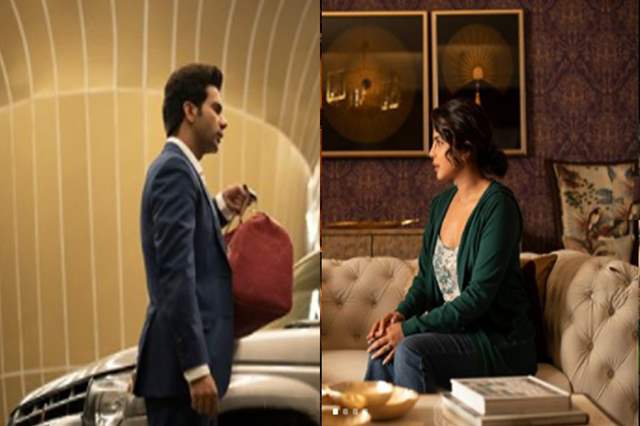 Not much was known about the collaboration between Priyanka Chopra Jonas and Rajkummar Rao but it was confirmed indeed. And to have two powerhouse actors like Chopra and Rao coming together in the usually unlikely pairing already had everyone excited. The film called The White Tiger will be releasing on Netflix and the first look images of the film was released recently. What is interesting is that apart from Chopra and Rao, actor Adarsh Gourav also stars in the leading role which is such a breath of fresh air.

Netflix released the images on Instagram saying, "Here’s your first look at THE WHITE TIGER with @gouravadarsh, @rajkummar_rao, and @priyankachopra. Yes, we’re screaming in excitement too!"-

Even though barely anything else is known about the film but this mix of things and actors surely has us waiting for it.

columbia 12 days ago What do you mean barely anything is known?!?!?! It’s based on the book by Aarvind Adiga right?. So literally the whole story is a known one. I guess IF writers don’t read books?!?! LoL

Gauahargeous_N 12 days ago It’s going to be amazing! Can’t wait!

Sonu Sood comments on netizens trolling him for his ‘Charity ...

Aditya Roy Kapur confesses being caught while 'Making Out in ...

Priyanka Chopra announces her next Hollywood project with Celine ...

Breaking
Breaking Doctor visits Anushka Sen on the sets as she suffers from throat ...

exclusive
Exclusive Akanksha Juneja: I am in love with my character in Saath Nibhana ...

Vikrant Massey and Sanya Malhotra roped in for Shanker Raman’s ...

Divya Agarwal's father passes away due to COVID-19