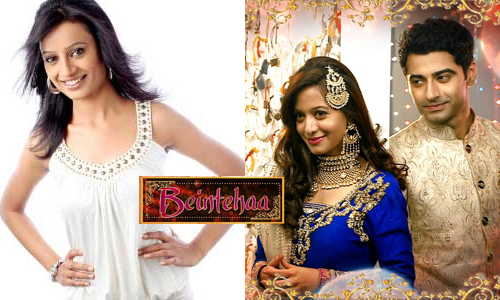 According to the latest development in the storyline, we came to know that a new entry is going to take place in the show and later Zain will get engaged to her.

Our source says, "Priya Shinde has been roped in to play the character of Sanam who will get engaged to Zain."

Talking about the track, our source adds, "Suraiya & Zain leave for Matheran but Zain's car breaks down. Then Aaliya gives him lift. She vents out all her feelings but eventually she gets lost in the jungle. Zain will find her and both of them will spend some time together there. Later Zain gives Aaliya talaq & gets engaged to Sanam."

When contacted Priya she said, "I am playing the role of a Muslim girl for the first time & I am quite excited about it. Its a good show and its a pleasure to be a part of it."

x-affy-x 6 years ago Loving the story so far
So unexpected, eagerly awaiting for Monday
Preetika and Harshad rocked

Zazzy14 6 years ago My heart goes to Aaliya, how a girl has to face betrayal, humiliation and what more !! Will not be able to watch this show!! Kudos to Preetika Rao !! I don't know, now jus hate Zain !!!