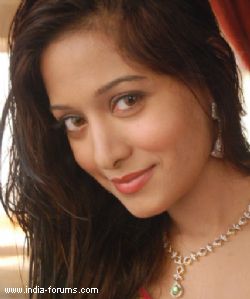 Beautiful Preetika Rao who is seen in Colors' popular show Beintehaa as Aaliya is disappointed over an unfortunate incident that took place while Preetika was shooting for her show.


Tellybuzz contacted the actress to know when and how did the incident happened. Preetika says, "The robbery took place when I was shooting in the Film city and we can't lock our vanity van so it was open, there are people to look after  our belongings but sadly no one was present when the incident occurred. So few of my valuable things got stolen from the vanity van which is  very disturbing but it is something we can't help with."

Talking about the valuable items Preetika lost she says, "My laptop was stolen in which all my details were stored, I have taken a calm approach towards whatever has happened as it is something that can't be stopped and for laptop I had purchased and it is lost but the only concern for me is my personal data which I lost in fact I am quite worried about my data as it can be misused which is a big drawback and it is something which is dangerous."

We have heard that even her Hair dresser's valuables have been stolen. When asked Preetika about the same she says, "Yes it is very sad, my hair dresser's wallet was robbed in which she was carrying Rs.10,000/- including all her identity proof and credit-debit cards. She was totally upset to whatever happened but as I said no one can be blamed as people around is given responsibility to take care about the valuables. And I tried to help her out in blocking her credit-debit cards which is very necessary to safeguard the money from getting misused."

Have you taken any action towards this robbery and she says, "My production house has lodged a police complaint for the miserable incident that has happened."

Hope her data gets saved and she is able to find the thieves behind this incident.

LazyLad14 6 years ago abhi tak no reports, hope that person doesn't misuse her documents, n the thieves is caught soon...

we love you Preetika Rao !!!

kunakshafan26 6 years ago ohh noo hope that she finds the theif as soon as possible wish you luck preetika :(

Filmyarchu 6 years ago Love you pree take care n hope you get belongings back n the same wishes for your hair dresser :)

ash91 6 years ago Love you Preetika Rao.. Hope the culprit is found and your laptop is returned soon