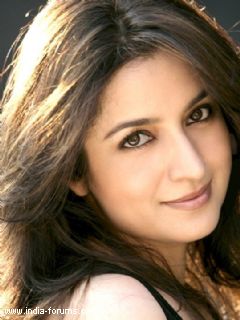 New Delhi, Sep 8 Tisca Chopra returns to small screen with 'Prayaschit', which brings alive real life stories of guilty criminals seeking redemption. She says that the show has strengthened her belief that 'once you decide to change, you can change'.

'It is an inspiring experience to work on the show. My learning curve has been steep because no matter how broad-minded you think you are, there is always a certain fear when you happen to be around someone who has committed crime,' Tisca told IANS over phone from Mumbai.

'But I am able to see these people a little differently now, and understand that there may be several reasons - like maybe the family ignored the person in childhood, or a lack of love or a moment's jealousy...the reasons behind crime may be small and large. But the fact is they are ready to repent and we must respect that,' she added.

'Prayaschit', to go on air on Sony Entertainment Television Friday, will feature a dramatic representation of the crime scene, along with an interaction with the family of the criminal, and a first-hand account of the criminal of how the person is repenting for his or her deeds.

And Tisca will essay the role of a narrator.

Isn't the show too dark for someone as glamourous as her?

'Well, to you it may seem dark. But as I see it, there's always light in the midst of darkness, and there's always the sun behind dark clouds,' she said.

'For me, the bigger message that this show carries is that when people are ready to repent their wrong doings, we must give them an opportunity to change. It will also be inspiring for the ordinary people, who may be guilty of some smaller vice. The show talks about how, whatever your past maybe, but it's never too late to change yourself,' said Tisca.

After acting in serials like 'Kahaani Ghar Ghar Kii' and 'Sarrkkar: Risshton Ki Ankahi Kahani', and being a part of shows like STAR News' 'Anchor Hunt' on the small screen, Tisca says 'Prayaschit' is refreshing.

'There has never been a show before where real life criminals are given a chance for redemption. This show will bring the darkest side of life to the audience, it would be most dramatic to know what led these criminals to do what they did and the concept resonates very well in what I believe in - 'Once you decide to change, you can'.'

'The show brings such people to the forefront, and I play the narrator. I carry the story forward, recap it all and sum up the story,' said Tisca, who feels it is important for her to research about the criminal in question for each episode.

Eight Films that Changed Abhishek Bachchan's Career and Turned Out to ...