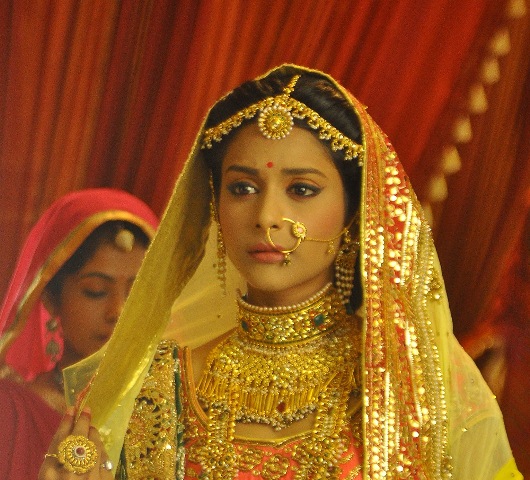 High-end drama sequence to be witnessed in the popular historical show Bharat Ka Veer Putra Maharana Pratap on Sony Entertainment Television, which will make the viewers glued to their television screen. The enthralling storyline promised untempt twists and turns in the upcoming episodes of the show.

In the previous episode of the show we had seen that while Ajabde heads to meet the great poet Tulsidas, she starts feeling dizzy and loses consciousness. In the upcoming episodes of the show we will get to see that Pratap (Ssharad Malhotra) who is seen lost in his own thoughts after leaving his homeland, is unaware of Ajabde's situation. Patta notices Ajabde's situation and takes a quick decision to call the vaidya  (doctor) who then informs that Ajabde (Rachana Parulkar) is pregnant. Pratap then comes to know about the good news and is very happy to know about the same.

On the same we got in touch with the gorgeous actor Rachana Parulkar who essays the role of Ajabde on her take on planning to perceive the role of a mother onscreen. Here is what she says, " When I am onscreen I am totally into my character so I'm sure I will enjoy motherhood as Ajabde and as rightly it is said that it's the job of an actor to accept all the challenges that come along with the particular role they are essaying. Just like always, I am looking forward to shoot for the upcoming episodes of the show."

6 years ago Love you Rachana Parulkar. Continue to scale new heights with your performances.

6 years ago Love you Rachana Parulkar. You r rocking angel

6 years ago Rachana Parulkar u rock as ajabde. Love u loads.

+ 2
6 years ago waiting for this track Rocking BKVPMP love Pratap--Ajabde ...

6 years ago BKVPMP superb show so happy for Pratap--Ajabde wait for ...