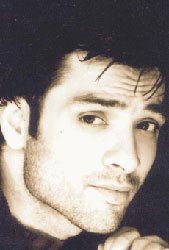 According to our source, "The reason for the replacement is that Himanshoo Malhotra who was till then playing the role of Sameer had quit the show."

When contacted Himanshoo he said "Yes, it's true that I am no more a part of Aap Ki Antra. It was a nice journey and I had a fabulous moment working in the show."

The source further tells, "Prashant Ranyal was earlier seen in Kasam Se as Sahil. He was lastly seen in Shubh Kadam."

Prashant says, "It's good to be back on ZEE TV after Kasam Se. Sameer is a very interesting character to play and Aap Ki Antra is a show with a difference."

The leap of about 5-6 years is expected sometime next week.

+ 4
13 years ago himanshoo was perfect in his role ,. lets see how this guy does it

kairas 13 years ago great news... luv'd him as sahil in kasamh se...welcome back prashant....

13 years ago i liked the earlier sameer he was way better !!!