The handsome lad Prashant Ranyal who played Sahil Bali in Kasamh Se is back to the TV scenario. The young lad will be soon entering Sahara One's Shubh Kadam as the parallel lead. 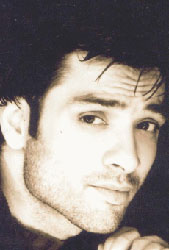 Featured Video
According to our source, "Prashant plays the very honest police officer, and his screen name is Chandan Dikshit. He falls in love with Pratha's sister, Parineeta (Anubha). The guy is not romantic but is very caring and responsible. He will be investigating the mysterious incidents that take place in Sangli. Later on, his friendship with Pratha will be misinterpreted by Parineeta which will lead to a chaos in their personal lives".

We talked to Prashant who gets back to daily soaps after a break of more than one and half years. "I had been busy doing commercials; it feels good to be working in a daily soap after Kasamh Se. I play the ACP of Sangli, and fight against the traditions and superstitious beliefs that have engulfed the place. I can't tell you much about the track as of now".

The young lad has started shooting, and his entry will most likely be aired on Monday.

We wish Prashant a successful comeback to television!!

kairas 13 years ago i saw him playing an ACP in shubh kadam...i kept looking at him.....just wanted to get arrested...what fun.....

kairas 13 years ago hey... i hav always been his fan........ he is really hotttttttttttt... i loved him when he was in kasamh se, i wonder why he kept himself away from television?... i really missed him.. finally i can c him...

+ 2
13 years ago Oh thats nice hes back i havent him seen in such a long time.
great news that hes back.