You are here :
Advertisement
OVERVIEW ABOUT CAST FORUM
33
ARTICLES
5
VIDEOS 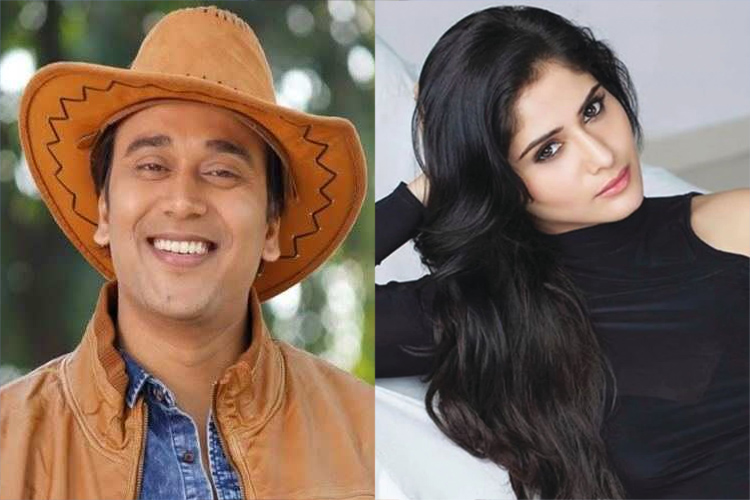 Colors' long runner Udaan can certainly be qualified to be called the newsmaker of the week for sure. What began with Vidhi Pandya's exit continued with the shock of Vijayendra's exit later. This has been rather surprising for the fans to fathom but in the most cliched ways, as we call it, the show must go on.
There was also a section of news where it was being said that the show may go off-air. There is no confirmation on that and, in fact, the show will be enabling two new entries.
Yes! That's right. According to reports, Anurag Sharma and Aarti Singh are all set to make their entry in the show. As known, the story will be shifting focus to Anjor and the girl will be shown staying in a foster home. Anurag and Aarti will be playing a married couple and will be shown as the foster parents to Anjor.
Let us also remind you that the hunt to find Anjor also stays on. There is a chance that Parvarrish and Jiji Maa fame Bhavika Sharma may play the role but the same hasn't been confirmed yet.
What do you think about the new entries? Leave in your comments below...
46 Likes

malarmia 1 years ago Udaan ended the moment Vijayendra Kumeria left the show. Meera Deosthale is the only powerful soul in Udaan. WHen she quits, this show is dead.

nemo316 1 years ago What an exit for Raghav, it was heart wrenching but Meejay aced it.
Thank you Vijayendra Kumeria hope your immense talent gets rewarded soon.

sumsukor 1 years ago Wishing a very very best future to Vijayendra Kumeria. You lived, breathed as Suraj and raghav amazingly. Suraj Rajvanshi will be ever remembered. thanks for giving Sukor.

nemo316 1 years ago All the best Vijayendra Kumeria you were amazing as both Suraj and Raghav. Sukor will always be my favorite couple. Thanks for all the memories.

ProudSushantian 5 years ago Sushant feel so proud to be your fan...always be the way you are & All the Best for DBB.

Respect the way U r...away from media and allowing your work to speak.

You are following in the footsteps of Aamir Khan. Am sure this role will put you right at the top.

A rare actor who is extremely talented and what a dancer...Best wishes Sushant.

DreamyButterfly 5 years ago All The Best Sushant Singh Rajput! You're amazing!
Thanks for this article.

ProudSushantian 5 years ago Sushant singh Rajput All the Best for DBB...only 14 days to go #SuperExcited

Sooraj Pancholi Slams Reports of Affair With Disha, Link Up ...
13 minutes ago

"I Personally Feel that this is the Time for Us to Delve and ...
44 minutes ago

Karan Aanand prays for people who lost their lives Beirut ...
49 minutes ago

Kartik Aaryan receives a Massive hike for the remake of Allu ...
49 minutes ago

Parineeti Chopra, Arjun Kapoor, and many more celebrate ...
51 minutes ago