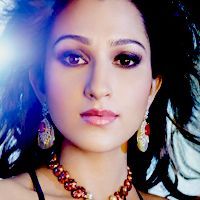 There was a buzz in the media a while back that Pooja Kanwal might be seen in Swapna Waghmare's popular daily soap Sanskaar - Dharohar Apnon Ki on Colors, but nothing was then confirmed about her entry in the show as her talks with the production house was at the very initial stage.
According to the recent buzz we have got to know that Pooja Kanwal will be seen in tomorrow's episode of the show. Our reliable source updates us about the same, "Pooja Kanwal has already started shooting for the show and she will be seen in the next telecast of the show."

On the same we contacted Pooja Kanwal to know more about her character in the show and she says, "I am playing the character named Deepika. I am the younger sister of Ketki"

"In the show I will be shown as a US return, who is very grounded just like the way Bhoomi was. I am playing the parallel lead in the show opposite Kishan."

Well as per the recent track of the show we knew that Dhara a.k.a Tejwasvi Prakash Wayangankar was seen as the main lead in the show. Also we see that Kishan's family is  in search of getting Kishan married soon. So who will marry Kishan, will it be Dhara or will it be Deepika? Well, you got to follow the show Sanskaar - Dharohar Apnon Ki to know that happens ahead.

Well, apart from Pooja's entry in the show, we asked her on how does she feel resuming work after a long break and she says, "I am very excited for this show. I am returning to television after a break, I have many hopes with this show. The character that I am playing in this show is very interesting, so when I was offered this role, I did not even had to think twice to grab this opportunity."

We wish Pooja Kanwal all the very best for the show Sanskaar - Dharohar Apnon Ki.

jsrkfan 7 years ago Jay is doing an excellent job in the show :)