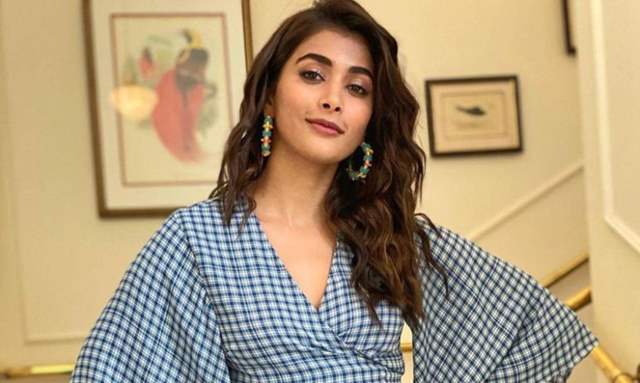 Pooja Hegde who has an exciting lineup of films in her kitty has resulted in the surge of her popularity amongst the Millenials.

The gorgeous and talented actress who made heads turn in her stint in Houseful 4 and her fans are eagerly awaiting the release of her next big film, Radhe Shyam which is on a roll these days.

In retrospect, the actress made her debut with Ashutosh Gowariker directorial Mohenjo Daro wherein she was seen co-starring with Hrithik Roshan. However, the film failed to make an impact on the critics and the audience as well.

The 30-year-old actress decided to star in south movies and gradually retracted herself from Bollywood for a while. Returning to Hindi films with Housefull 4 last year Pooja said that she consciously took a break from Bollywood as she wanted her second film to be ‘sturdy’.

Speaking to Mid-Day, the Radhe Shyam actress spoke about her debut film and its failure.

An actor’s first film is their showreel to the world. I was under contract, so I hadn’t signed another film during the period. Its failure was heartbreaking. Eventually, South films came along, and work attracted more work. I held off signing Hindi films because I needed a sturdy second movie. I built on the success of Housefull 4, and here I am!

On the work front, Pooja Hegde has exciting projects in the pipeline. She recently joined the cast of Rohit Shetty’s Cirkus and she will be seen co-starring with Ranveer Singh, Jacqueline Fernandez, and Varun Sharma.

Pooja Hegde on shooting for 'Radhe Shyam' with Prabhas in Italy amid ...

Pooja Hegde's fans in Italy waited for hours in cold weather to ...

Prabhas has a Special Suprise for co-star Pooja Hegde on her Birthday; ...