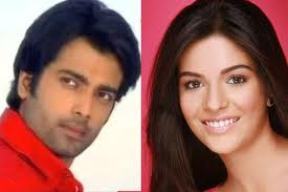 Names are pouring in for Sony's next big reality show Jhalak Dikhhla Jaa Season 4 and as per the latest media reports, the celebrities who have been approached are Ragini Khanna, Abhishek Rawat, Jay Soni, Ratan Rajput, Meiyang Chang, Sushant Rajput, Ankita Lokhande.

A source says, "Apart from the above names, Pooja Gor aka Pratigya (of Pratigya fame) and her co actor Arhaan Behl who essays the role of Krishna have been approached to participate in Jhalak Dikhhla Jaa. Though the confirmation from their side has not yet come, the channel is waiting for their green signal."

When contacted, Pooja Gor confirms, "Yes, I have been approached for Jhalak Dikhhla Jaa but nothing has been finalized yet. I have not signed any official document. I can say that everything is in the initial stage."

When asked Pooja about her willingness to do the show, she utters, "If everything gets on track, I would definitely do the show because I think Jhalak… is the reality show which every celebrity wants to do and so am I."

We tried contacting Arhaan but he remained unavailable for the comment.