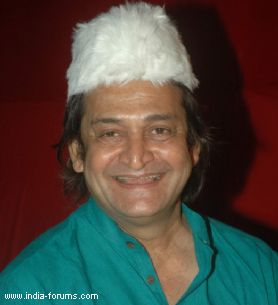 Filmmaker-actor Mahesh Manjrekar's decision to contest the Lok Sabha elections from Mumbai North-West as Maharashtra Navnirman Sena (MNS) candidate may have surprised everyone except the filmmaker himself. He says it was not an "overnight" decision.

"It isn't an overnight decision," said Manjrekar who claims that he has known Raj Thackeray for 25 years and that his films often showed his political bent of mind.

"If you see my films, whether it is 'Vaastav', 'Kurukshetra' or 'Viruddh', there is always a very strong undercurrent of political anger in them. I am not a glamorous film person who has overnight decided to join politics. Politics, specially Maharashtra's politics, has been part of my bloodstream."

What is surprising is his leap into the Lok Sabha fray.

"I thought I'd go into the legislative assembly because my concern is the politics of Maharashtra. I never thought I'd try to go to the Lok Sabha. I had spoken to Raj Thackeray a year-and-a-half ago about wanting to get into the legislative council. But now that I am fielding myself for the Lok Sabha, I'd still like to think of myself as a politician from Maharashtra who would get a wider platform to help the State."

He is not daunted by the MNS' controversial image.

"What controversy? Have you read the statements on rape allegedly made by a prominent politician of Uttar Pradesh? We are faced with an acute crisis of morality in Indian politics. The time for dilly-dallying is over. If we care to save the country from the politics of such highly dangerous bigots, we have to act fast," said Manjrekar whose "Astitva" was a bold statement on women and their rights.

He has already planned out a clear strategy on how to go about implementing his ideas once he is elected.

"The things is, every elected parliamentarian is seen by the common people as the face of Indian politics. When I go to under-developed areas of Maharashtra, I am asked to help the poor people overcome the water shortage. How do I explain to these desperately poor people that it's not my job to ensure them a water supply?

"For the 35 municipal wards in my constituency, I will appoint 38 officers who will look into every problem of each ward and report to me directly. That would ensure accountability from every corner of my constituency even when I may not be able to be personally present everywhere all the time."

As for finding time to fulfil all his political duties, Manjrekar laughed. "I only need 70 days during the year to attend parliament. The rest of the time can be utilized as and how I wish. I used to follow a no-work policy on Sundays. Now I'll be devoting Sundays to the people and problems of my constituency."

Now that he has such lofty political plans do we see the end of Manjrekar's career as a filmmaker and actor?

"Definitely, I won't be acting anymore for now. But the filmmaker in me would never be out of work. I'll make sure that I earn my living by directing films so that I never have to look towards politics to earn money. This is my method of ensuring complete honesty in my political life."

Buzz has it that his family has opted to not participate in his political campaign.

"Not true!" protests Mahesh. "My wife has been with me to a number of political events. As for my children I don't want to put them under pressure. Why bring them in unnecessarily? In fact, my daughter just called saying she'd like to join me in my campaign. I told her to chill."

Meanwhile his son Satya is preparing for a career as a leading man in films.

"He's signed two Marathi films on his own without my recommendation or intervention. That's a big relief for me. I don't have to worry about his career. I am relatively free now to devote myself to the politics of Maharashtra."