The fun and the masti of the Star Parivar Awards Nite was at its peak last Sunday when well known comic actors Ashiesh Roy, Deven Bhojani, Sucheta Trivedi, Sonia Rakkar, Kunal Kumar and others took center stage as part of the entertainment segment of the Awards Show. Conceived by Shirin Morani and choreographed by Pony Verma, the 10 minute spoof was a tongue-n-cheek musical tribute to the present political scenario in the country, aptly titled "Emotional Atyachaar".

According to our source, "The spoof saw Deven and newcomer Ashutosh Kulkarni playing guitar-strumming sutradhars to "Emotional Atyachar", while Ashiesh Roy danced to the tunes of "Jag Soona Soona Laage…" from Om Shanti Om as Laloo Prasad Yadav who gets thrown out of a railway train. Sucheta Trivedi impersonated Menaka Gandhi who loves animals more than her son and danced to the tunes of "Ma" from Taare Zameen Par, and Sonia Rakkar donned Sonia Gandhi's avatar  and danced to "Dance Pe Chance" from Rab Ne Bana Di Jodi as she kept controlling Manmohan Singh (Kunal Kumar) with a large TV remote".

The act was hilarious and the audience was in splits. They gave the performers a standing ovation.

Star Parivaar Awards will be aired on 13th June on Star Plus.. 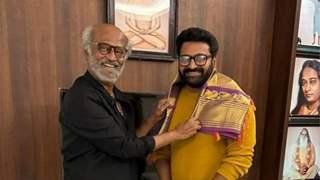 + 4
13 years ago Can't wait to see. Normally this award ceremony have most of Balaji camp stars and seeing them year after year made it very predictable but this year's awards looks different.

+ 3
13 years ago cant wait for the nite!!! counting down on my calendar!!! Premheer rocks! their peformance will be the best!!!! Harshad and Aditi are the best..... and Kunal and Pooja!!!!