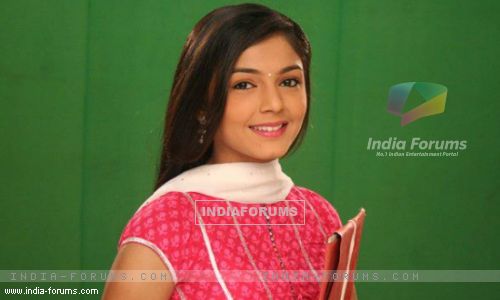 Pretty actress Pooja Sharma, who rose to fame after playing a strong character Sanchi in Star Plus' popular show Ruk Jaana Nahin is all set to make a comeback after a long sabbatical with Shashi Sumeet Mittal's newly launched show Tu Mera Hero on Star Plus.

Pooja has been roped to play a negative character in the show. TellyBuzz spoke to Pooja to know more about her character, her experience in this conversation.

Elaborating more about her character in Tu Mera Hero, Pooja says, "I am playing the character of Vaishali who is like a Meethi Churi and she is concerned about other people. She belongs to a affluent family. She has been born with a silver spoon. She is smart, bold, beautiful and a confident girl."

We wondered what made Pooja to opt for the show. She shares, "I always wanted to do a Star Plus show. I have done a Star Plus' show earlier so I know the benefit of doing a Star Plus show. The channel gives equal importance to all the characters. I was being offered only positive characters in the past one year and I was not very keen of doing it. I didn't even give any audition for this character. One day I just got a call from the production house that I have been finalized for this role and I was quite surprised because I didn't even give any audition for the show. When I got the character briefing from Sheetal ji, then I got to know that it's going to be grey shaded and a comedy character. I found this character very different from others and that's why I took up this show. For the first time, I was offered to play a negative character and I was very much keen on doing it."

Fans always wanted to see Pooja back on screen after her show Ruk Jaana Nahin went off air. Conveying a message to all her fans, Pooja said, "I have been getting messages from my fans on Twitter that they are very happy with my comeback and they are really looking forward to see me in the show. They were ready to see me in any role. I thought that they must have forgotten me after my show ended but when the news about my comeback flashed in the media then they expressed their happiness for my comeback. I would like to say to them that the kind of love they have given me as Sanchi, I hope that they will love me more as Vaishali and thanks a lot for waiting me."

Sumantpimple1 6 years ago i am big fan of tv serial ruk jana nahi..plz back

p_carmen_c 9 years ago why I'm not surprised ? Haw she can celebrate with Hrithik ? If was SRK ...!