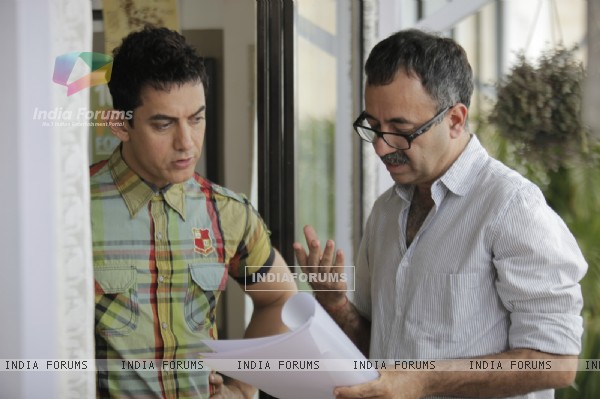 Aamir Khan has been currently researching on the roots of the Bhojpuri language and where it has originated from.

While Rajkumar Hirani, Vidhu Vinod Chopra and Aamir Khan had a meeting recently with the marketing team on locking cities for the promotional tour, it was Aamir who suggested and insisted on Bhojpur being their first promotional visit for their upcoming film, P.K. Aamir was keen to kick start it from the land where the Bhojpuri language took birth.

The reason behind the same being, Bhojpuri is a key element in the film and the title character of P.K., played by Aamir Khan speaks only Bhojpuri throughout the film. While Rajkumar Hirani wanted P.K. to speak Rajasthani, it was Aamir who thought of Bhiojpuri being more quirky and unusual.

After Bhojpur, the entire team will also be visiting other interesting cities where they have shot and otherwise. Aamir is the only actor in the industry to visit places at the grass root levels. Earlier this year as well, Aamir Khan had visited Gehlaur in and around Patna and now he will be visiting Arrah.

Aamir is personally very fond of Patna and often travels in and around Patna. The promotional tour of the team of P.K. will start in the first week of December with Bhojpur and the film is slated to release on 19th December 2014.

Spokesperson of Aamir shares, "Aamir Khan is very keen to visit Bhojpur, the birthplace of the Bhojpuri language. He learnt the language for the film and became extremely fond of it while shooting. So, he has asked his team to make the necessary arrangements for this visit."