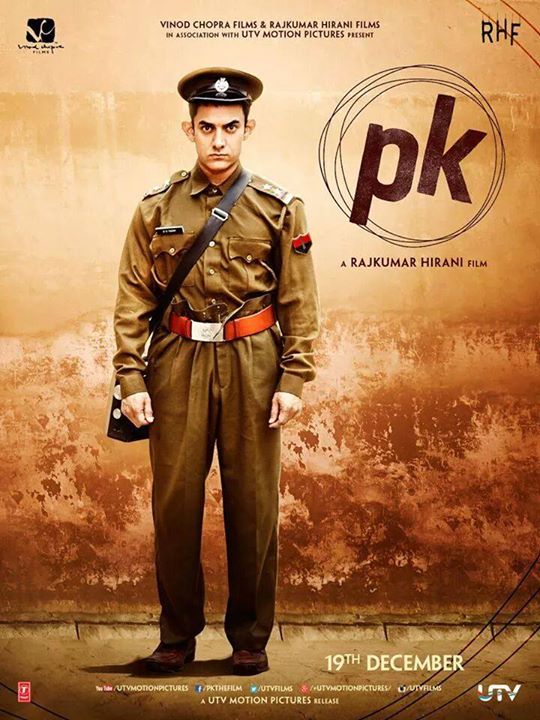 With Aamir Khan dressed as a police officer, the 3rd P.K. poster has taken the buzz around the film one notch higher. The speculation around Aamir's character in the film is getting bigger and bigger with the unveiling of each poster.

The motion poster took everyone by surprise by first showing Sanjay Dutt in the same Rajasthani attire of Bhairav Singh, that Aamir Khan sports in the 2nd poster, followed by Aamir's entry as the police officer.

The poster has created a stir since it got launched last week and has been trending big time on social networking sites.

It is being discussed by all in trade, industry and many among the audiences.

With Aamir donning a new avtaar in each poster, everyone's curiosities are hitting the roof right now. P.K. has definitely become the talk of the town.

Aamir has decided to launch a series of 8 posters at regular intervals before the release of the film. He will personally look into the creative of each poster.