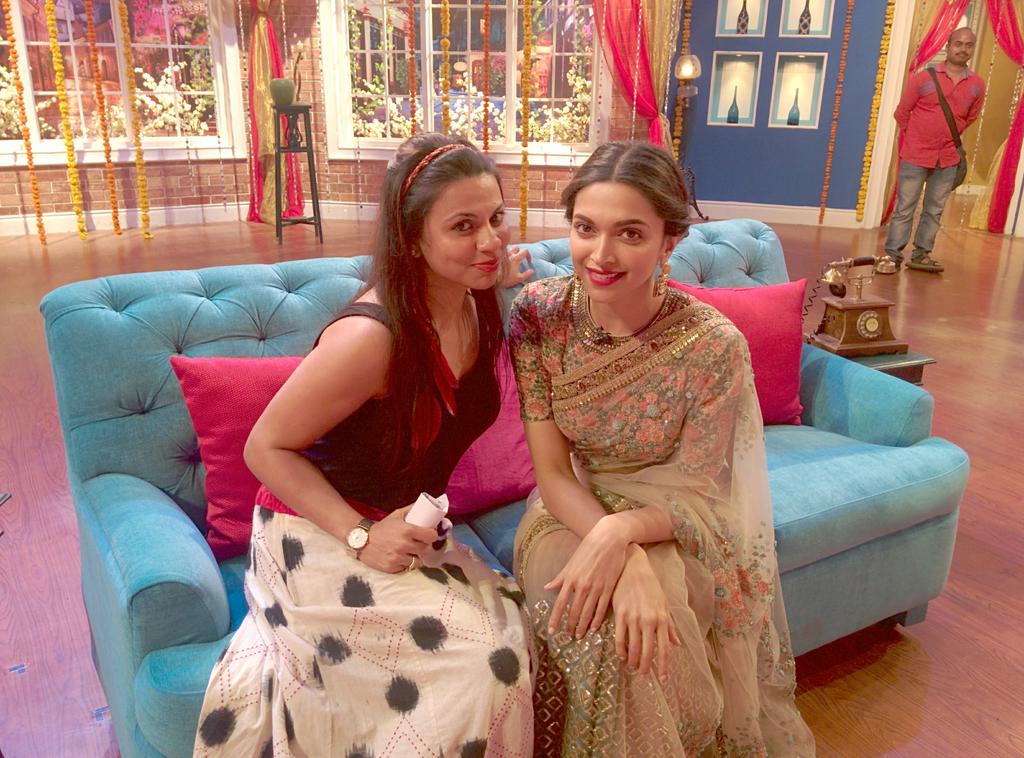 Colors' show Comedy Nights with Kapil has become one of the biggest platforms for promotional activities for our upcoming bollywood films.  And this week's release Piku we hear will see its cast promoting their film on Comedy Nights.


As per our source," Deepika Padukone and Irfaan Khan came on the sets of Comedy Nights with Kapil to promote their upcoming film Piku. The show has taken a leap and so new characters have been introduced in the family who will make the actors laugh with their gags. Kiku Sharda and Upasana Singh will not be part of the episode; they will be seen only in the gag which happens in the first half. Kapil's father in law (Sunil Grover) will try to impress Deepika where as his mother in law (Sunil Grover) will be seen impressing Irfan Khan."

Get set to watch another fun filling episode of Comedy Nights with Kapil.

+ 5
8 years ago AW Vidya's my FAVEE!! We need more actresses like Vidya to retain the essence of REAL BOLLYWOOD!

+ 5
8 years ago Shes the best actress in Bollywood now, a complete natural! She was brilliant in Parineeta and Kahani. She does strongly resemble a Bengali veteran actress Madhabi Mukhopadhyay who was Charulata in Ray's film.