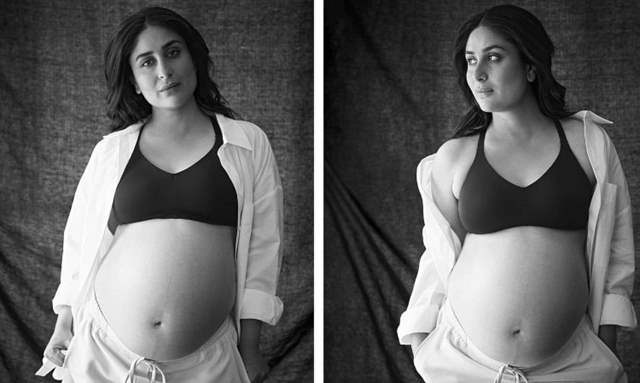 A week ago Kareena Kapoor Khan and Saif Ali Khan finalized the name of their youngest son - ‘Jeh’ as confirmed by Randhir Kapoor. The actress gave birth to her second son in February and she can be seen with her baby bump in throwback pictures she posted on Instagram on Sunday, July 11.

The latest pictures are from the maternity shoot that was shot a week before giving birth to Jeh - which are nothing but fashion goals. Kareena in her caption also credited the photographer, who is none other than, celebrity photographer and Shraddha Kapoor’s rumoured beau, Rohan Shreshtha.

Kareena reposted Rohan Shrestha’s Instagram post as he captioned it, “Just a week before she delivered for the second, I had the absolute pleasure of getting the opportunity to shoot Bebos portraits (for the second time). First time being the summer of 2017 (sic).”

He added, “Make up by the timeless @mickeycontractor, styled by my old friend @tanghavri and hair styled by another legend in @yiannitsapatori The shoot was made possible by @poonamdamania and @nainas89 whom I have tremendous gratitude for. And most of all thank you @kareenakapoorkhan for being kind, patient and a wonderful subject to photograph over the years we've worked together (sic).”

+ 4
2 months ago So Cheap! I didnt like them, even though I have always liked Kareena. Put off pics. Repulsive.