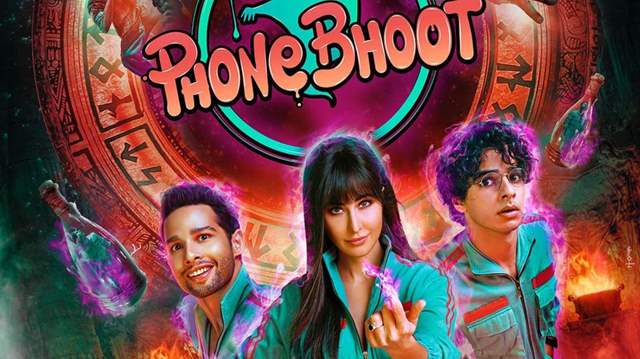 It has almost been a year since Katrina Kaif, Siddhant Chaturvedi and Ishaan Khatter have been working on their project Phone Bhoot. The actors had been sharing BTS videos of the filming shooting up the excitement of the fans. Finally, the first look poster of the film along with its release date is out and now we are waiting for the trailer and the film with bated breath.

Makers took to their social media handle and shared the poster which has a super quirky touch to it. Along with the poster they wrote, "#PhoneBhoot ki duniya mein aapka swagat hai. Arriving on 7th Oct, 2022 at cinemas near you. #KatrinaKaif #IshaanKhatter @SiddyChats @bindasbhidu #SheebaChaddha @EkThapaTiger #SurenderThakur @gurmmeet @excelmovies @ritesh_sid @raviivar @JasvinderBath."

In the poster we can see Katrina, Siddhant and Ishaan in their quirky looks dishing out 'desi ghostbuster' vibes. The poster also features, Jackie Shroff, Sheeba Chaddha, Nidhi Bisht and Surender Thakur as the ghosts in the background.

Speaking of the movie, Gurmmeet Singh is directing Phone Bhoot, which was written by Ravi Shankaran and Jasvinder Singh Bath. It is being produced by Excel Entertinment and will hit theatres on October 7, 2022.

On the professional front, Katrina is currently working on a number of films. She will appear alongside Salman Khan in 'Tiger 3' and Vijay Sethupathi in 'Merry Christmas' in addition to 'Phone Bhoot'. Additionally, she will also be a part of the Excel Entertainment project "Jee Le Zaraa', which also stars Priyanka Chopra and Alia Bhatt.

Siddhant will be star opposite Ananya Panday in Zoya Akhtar's 'Kho Gaye Hum Kahaan', while Ishaan will star with Mrunal Thakur in the soon-to-be-released 'Pippa'. 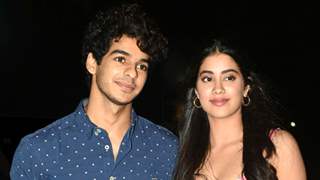 + 8
14 days ago she looks so pretty. this movie looks promising

+ 14
1 months ago Katty is the only one who can look beautiful with bangs!