TIME: Monday-Saturday at 8:30 pm on Star Plus 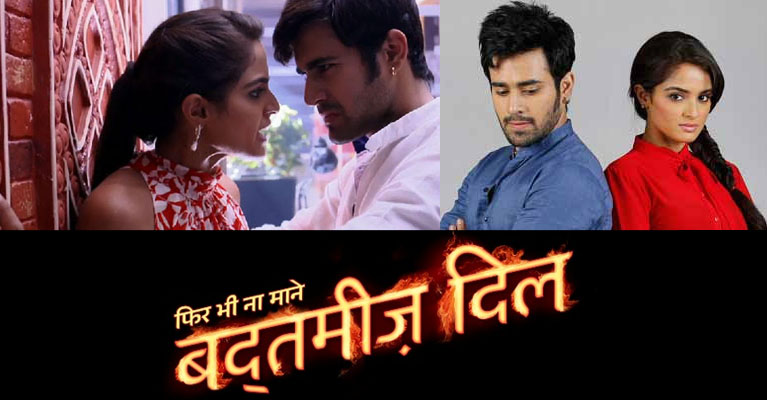 STORY SO FAR: Abheer (Pearl V. Puri), a rich guyâ€¦ an excellent singer with a huge fan following is shown singing the track Mere Nishan, originally sung by India's Raw Star singer Darshan Raval, for a show on a music channel. The company owning the channel is currently managing its operations from the revenue earned from Abheerâ€™s show. To save it, the channel needed to take a plunge and to do so, the owner (Indresh Malik) hired a business head Meher Purohit (Asmita Sood). As Meher and Abheer face each other, both encounter a flashback of memories spent together. We can call it a love and hate bond. The duo got divorced eight years as they failed to save their marriage. As Meher tries to make changes to save the channel, Abheer decides not to follow her. He performs a solo during a show to prove his fan following and quits from the channel. He challenges Meher to manage the channel without him for eight days.

1. New characters... new beginning, but the concept is stale.

2. The fights between Abheer and Meher to some extent resemble RK and Madhubala.

3. The drunken Abheer also somewhat behaves like a drunken singer, exactly like Aditya Roy Kapur did in Aashiqui 2.

4. Ayub Khan is enacting the role of Abheerâ€™s father, who keeps on taunting him. Quite a similar appearance again!

5. Indresh Malikâ€™s hypertension nature does not look quite impressive. After some time, the situation does not appear convincing.

6. The scenes are quite predictable.

7. It shows the aggressive attitude of Abheer towards Meher. And Meher keeps on tolerating it.

1. Asmita looks stunning in some of the scenes.

2. The song Mere Nishan, sung by Darshan Raval, is simply amazing. You would simply love to hear it again and again.

3. The entire set-up of the show is impressive.

We are acquainted with such love stories on the small box. The fights between the couple, even if they love each other, sometimes becomes too much and unnecessary. The only difference here is the duo is divorced. It will take ages to sort out their differences and be together again. If we compare it from other love stories on television, would certainly prefer other. It's time to introduce something new.

+ 3
5 years ago lol i just wonder the person who wrote this article m sure has changed his/her mind...pearl is rocking as abeer..asmita is a doing a fab job and MehBeer chemistry is literally unbeatable! :* 10/10 rating fr the show :D

5 years ago i love this show...
this is just sooo freaking awesome

+ 2
5 years ago too early to judge..every show loses its charm after a while and to be honest in comparison to the other tv shows/concept offered..this one looks pretty good

trulynisha 5 years ago The unusual feedback truly is suspecting.

The show has everything it takes to be a success. The premises are good...The story line even though old still always appeals..Love stories are always a hit no matter how repeated they are..No wonder Aashiqui 2 was a super duper hit... The actors are good... It definitely takes time for the show to build up but this show has been good so far..It is much better than lot of crappy shows on star and zee and colors...This show is quite different from all the other typical saas bahu vamp kind shows.. Special mention about the mom's in the show..The leads even though are divorcees, their respective mom's still like and respect their damaad/bahu which is a very sweet thing, this is one thing that is so different from your regular shows...I think this show surely is going to give a tough competition to the likes of Saath Nibhana, Diya aur baati etc..This show is a very good replacement for Nisha aur Uska cousins( I miss this show a lot)... Idiotic shows like qubool hai, doli armaanon ki, saath nibhana saathiya, sasural simar ka etc are so downgraded shows that this one stands class apart...

5 years ago Not justified...u r judging show too early...
I find it promising show...with something new