The beginning of a new year always brings with it some good wishes and desires; personally and for others as well. Since BollyCurry covers everything Bollywood, how could we miss the chance to compile a list of things we wish for our very own Tinsel Town stars? So here it is, a small wishlist of what we hope a few celebs will finally achieve this new year.
Salman Khan - Please settle down 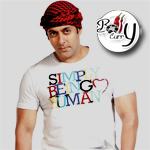 Undoubtedly one of the biggest superstars in India currently, the "people's man", Salman Khan is still astonishingly single. His history with various beautiful women is not unknown but something or the other always comes in the way of him being permanently committed to just one lady. His friends, family and fans all want the best for him, including us. Salman, amidst all your philanthropic gestures, do take the time out and think about your future life as well. The 'hottest bachelor' tag will only last you for so long.
Katrina Kaif - Hindi diction classes, anyone? 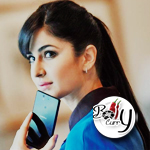 It's been ten years since she entered the industry, six years since she became an unstoppable rage of Bollywood and still, her Hindi dialect is below average. While it's commendable the way outsider has worked so hard over the years and made a distinguished mark for herself in the industry, it is a little baffling how ten years were not enough for her to speak Hindi in a way which isn't so obviously foreign. Had she put in even half the efforts in her Hindi lessons as she put in all her dancing and stunts classes, things would've been pleasantly different. Almost everyone has stopped hoping for her to surprise us with some acting because it's clearly not happening. The least she can do is to surprise all by speaking one dialogue of Hindi in a non-foreign accent. Too much to wish for?
Akshay Kumar - We miss your romantic avatar 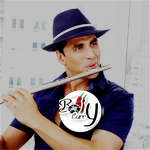 The Khiladi is one of the very few actors in Bollywood who can boast of trying his hand in almost all genres of mainstream cinema and rightfully so. While his roles in masala and comedy movies may have made him some moolah, they now seem to be getting a little repetitive and boring. In a time when all the senior actors are doing one physics-defying masala movie after the other, fans have started to crave some heartfelt romantic flicks of their favorites and Akki is on the top of their list. Mr. Khiladi Boss, enough of all this nonsensical stuff now and please return to your Dhadkan-esque romantic avatar again. Trust us, fans will love you more when you utter cheesy dialogues than continue smashing trucks with your hands.
Vidya Balan - Who's your stylist? 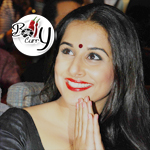 There are two things which don't require any second thoughts when it comes to this lady. One, she is a terrific actress, probably the best among her contemporaries. Two, her fashion sense is abysmal. Mrs. Roy Kapoor, we do love the way you choose scripts so wisely and efficiently, we just want the same wisdom and efficiency when choosing your attire. No doubt that comfort is the best fashion statement but c'mon, for a lady of your caliber, it is not terribly hard to find a stylist who can make your comfort into something a bit more stylish and memorable for all the right reasons. Right?
Shah Rukh Khan - Cut that ponytail! 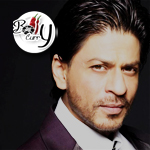 King Khan really is a king for he does what he wants but it's straight from the heart, a trait of his which his fans are well aware of. However, what his fans don't even understand is, why does he let his hair grow so long? Let's face it, despite all the charm his personality holds, he certainly did not age very gracefully. At his age, only certain kind of looks and grooming will make him appear like the Rajs and Rahuls he has so famously played in the past, and overgrown hair is definitely not the way to go. SRK, the beard is all fine and sexy but kindly do reconsider the idea of growing your hair past a certain length. We happen to like that short and refined cut of yours.
Johnny Lever - Tickle our funny bones again please? 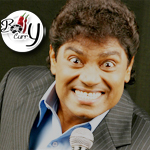 There was a time when seeing Johnny Lever in every second movie which released was a common thing. How we do miss that time. It's not easy being a comic relief sidekick in any movie, but Mr. Lever always did it fantastically. His rapport with all the big stars in the country is impeccable and that translated amazingly on-screen whenever he shared a frame with them. Not all actors can boast of that. Even in seemingly insignificant roles, he always held his ground and made the character his own. Sadly he has all but disappeared from the screen. Oh, Mr. Lever, we do miss you very much.
Priyanka Chopra - The East needs you too! 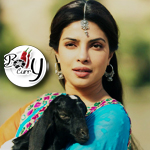 The former Miss World is no doubt one massive package of talent, one of them being singing. While it's a proud thing for the industry and the country that she took the risk of stepping out from her popularity zone and tried out her talent in an unfamiliar place and more or less succeeded, we fear too much concentration on the West might make her loose her ground here. After all, the industry runs on the idea of "out of sight, out of mind". We care for PC too much to let that happen. She can always pursue her talent of singing here by lending her beautiful voice to all her songs in her movies. It would be a perfect win-win situation for her as well for us!
Ranbir and Katrina - Fess up 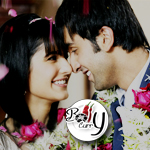 They know they are dating, the industry knows they are dating, heck, even we know they are dating! So why not just come out clean? More than anything, it is getting annoying and boring now with the repetitive denials followed by strong hints which contradict the denials. The media and industry is fixated on them and has even made it a business to follow their every move. Where they are meeting, where they are vacationing, whether they had a fight or if they are going strong; the tabloids are going crazy over the two of them and we are just getting tired. Either come out clean completely or lay low on the blatant hints. Too much masking of the truth will only do you harm, peeps!
There you have it, folks, a mini wishlist for some of our fav B-Town stars. Are there any wishes you have for the actors? Comment below and let us know!
Do you have a suggestion or comment for BollyCurry? Drop us a PM at BC_Dropbox today!
Writer: Mais B.
Editor(s): Nabila S. and Jenifer Y.
Graphics: Fizii.