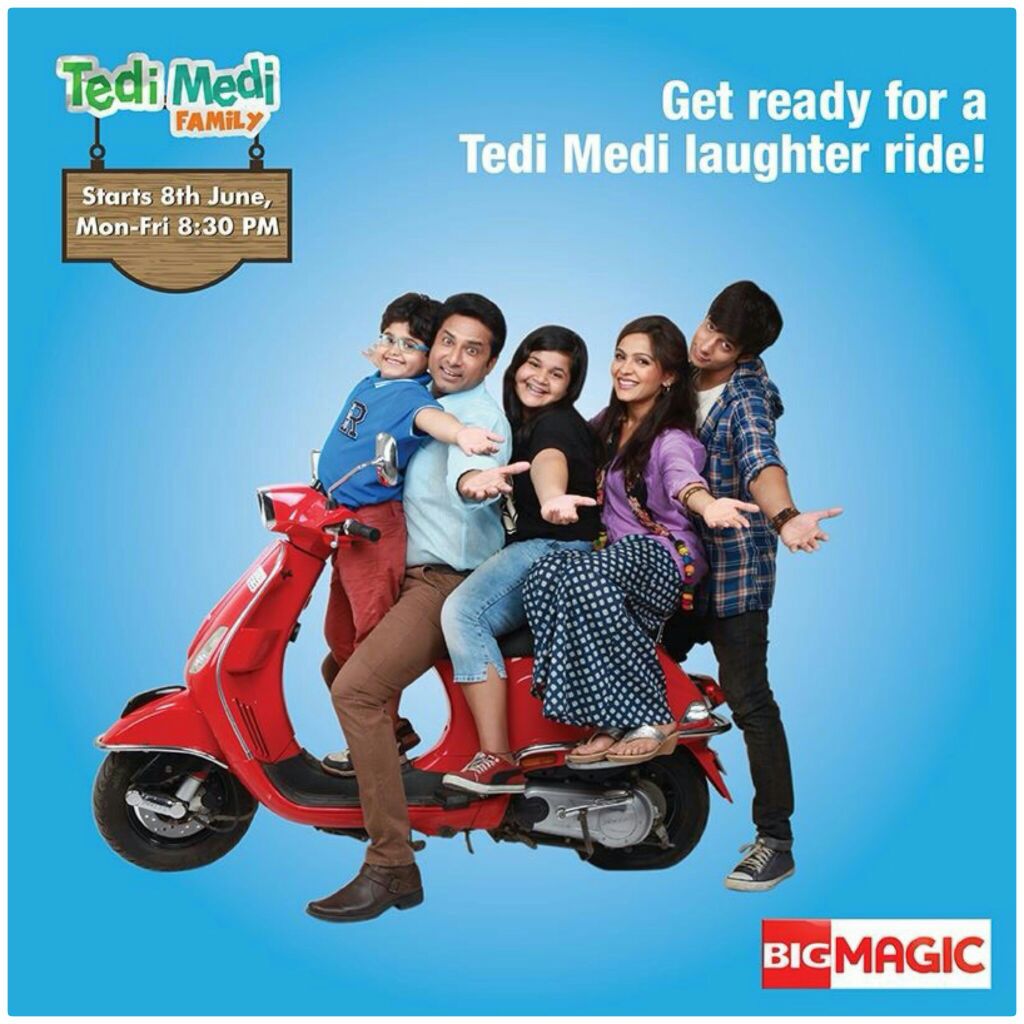 Ami Trivedi has managed to make a name for her as a comic actor successfully. While she attempted to enact several shades of comedy, here she is back with Tedi Medi Family which is of her forte genre.

In this informal conversation with Ami, she speaks about her upcoming show, her character and a lot more! Read on!!

Shares Ami, "Tedi Medi Family is exactly the copy of 'The Middle' showing a nuclear family of a couple living with their three kids. It is a very urban show and has a humorous side which is very much identifiable to everyone."

So what's the show all about? "It is the story of Anjali's life that goes through the simple complications of daily routine which will make viewers laugh. For example: Anjali's reaction when she is getting too late for work and the washing machine stops working. These daily situations are something that will take the viewer on a joy ride."

What appealed you to take up this show? "One thing that I really like about the show is that it is very normal. I do not have to face the camera applying layers of make-up on my face and clad in a saree. It is just about how a normal working woman juggles between her work and family."

Your character sketch will be like... "The father (Vivek Malhotra) here is very strict and straight forward. He speaks out what is in his heart. While on the contrary, Anjali is extremely loving and caring. What makes this show different from other is the fact that it does not require to create any sort of situation; Tedi Medi Family is all about things that we go through in our daily life."

Further she adds, "Initially, I was really sceptical on taking up a daily show after a long time since I have a kid but once I was briefed about it, I got that positivity and just the next moment I agreed to do this show. What makes this character special for me is that I do not have to enact because I go through similar routine every day; I too have to juggle between my family and work. This makes it easier for me to act as Anjali."

Sushant Mohindra, Saloni Daini and Dharmik Joiser will be seen as the kids on the show. Tedi Medi Family is slated to go on air from June 8 at 8:30pm.

TellyBuzz wishes Ami Trivedi all the luck for her upcoming venture!

roopashu 5 years ago Nice ami keep it up'
I am looking forward to this show,,,,,,,