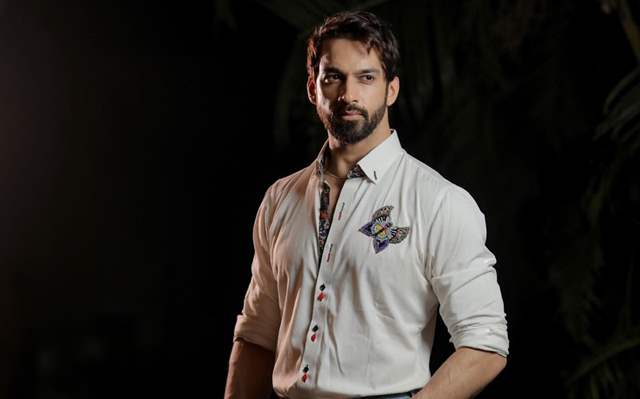 Star Plus show ‘Imlie’ is all set for a revamp. The lead couple Aryan and Imlie played by Fahmaan Khan and Sumbul Touqeer have been eased out of the show and new cast will soon enter the show. Actors like Megha Chakroborty, Seerat Kapoor and Karan Vohra have been roped in to play the lead roles in the show.

The promo featuring Megha as Imlie and Seerat as Cheeni is released and viewers are quite intrigued to find out more about the show. India Forums got in touch with actor Karan Vohra who’s known for shows like ‘Krishna Chali London’ and ‘Zindagi Ki Mehek’ among others and asked him about entering the show as the new face. We asked him if he is nervous or feel the pressure of entering an already popular show.

Karan said, “Honestly, I’m not too much into all of this. These things like pressure, TRPs and all doesn’t really bother me. I’m more focused towards my performance and doing my job perfectly. And in life, taking risks are important as well. I’m thrilled to find out how things would turn out to be with this show”.

We asked him about what drove him to sign the show, he said, “Gul Khan and Four Lions are known names in the industry. Their shows have always managed to grab people’s attention and garnered fans’ love. I am coming back to television after a gap of two and a half years and one of the reasons was I was getting similar kind of characters. An arrogant guy wearing three-piece suits and I wanted to explore other kind of characters and with ‘Imlie’ I’m getting to do just that. I’ll play a DJ (Disco Jokey) in the show named Agastya. He is vibrant, funky and everything that I haven’t played so far. It’s exciting and intriguing for me”.

He added, “My brother Kunal is a DJ in real life, so I’ve been observing him and trying to include small details into my character”.

Karan had worked with Megha before in ‘Krishna Chali London’ and when asked about reuniting with her on ‘Imlie’, he said, “I was pleasantly surprised when I came to know that she’ll play the lead role opposite me and I was a bit relaxed as it’s always good to work with people you already know”.

The episodes post leap will began telecasting from the approaching week.

+ 7
2 months ago Btw is anyone else wondering why the regular written updates have stopped?? where to complain?? SO busy was IF in posting 10x the same update in different articles but it suddenly have stopped again just like there used to be none during adilie times

+ 10
2 months ago His character's name is Atharva. The actor himself clarified that. IF should fix the article to correct his name.

2 months ago Welcome to the show and be prepared to be compared to GM .Best of luck to you.

+ 6
2 months ago Very happy to see KV back on screen!! Had never watched Imlie but have heard abt the popularity of the former leads. All the best for the new beginning 😊

+ 7
2 months ago Welcome to imlie KV..here's hoping they won't treat you like they treated GM and MV for someone

+ 2
2 months ago Looking forward to seeing you in Imlie Karan Vohra! :)