The much-awaited Kannada film 'Payana' by debutant director Kiran Govi is a feel-good romantic movie with some interesting sequences and a good climax.

Despite many weak points, 'Payana' is a neat product with some great performances and visuals. If the director had worked hard on his script and editing, the film could have looked even better - a few unwanted sequences could have been chopped off.

Though Ravishankar got many film offers after 'Silli Lalli', he preferred to take a break from acting. In his debut film 'Payana', the actor showcases his talent not only in comedy, but also in many emotional sequences.

First time director Kiran Govi has also made a name with tele-serials earlier. Though Govi has done a good job in presenting the songs, but he hasn't cared to make the film an engaging as it could have been - many sequences lack freshness and are often repetitive.

Ravishankar plays a happy-go-lucky cab driver Ravi, who dreams of marrying a beautiful, rich girl. Then comes Kaveri, an NRI, who engages Ravi's car for a 10-day jaunt to tourist spots in Karnataka. As the journey continues, Kaveri moves closer to Ravi. They fall in love with each other but keep it ro themselves.

In the middle of the journey, Kaveri's father comes to India and takes her away. Ravi meets Kaveri again at her house and becomes a car driver. Finally, the two lovers express their love for each other and decide to unite.

Ravishankar makes a grand debut and lovely Rumaneethu is expressive and has a good screen presence. Sharath Babu and other veteran artistes have very small roles to show their mettle.

'Payana' is a must watch, feel-good film. 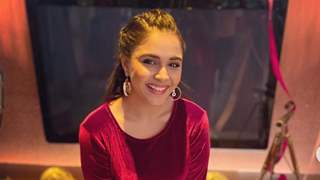 Muskan Bamne of 'Anupamaa': If you feel the character, audience will ...