SAB launched their batch of new cadets with lots of fun and frolic at the party thrown by the channel on Friday night. The team of Telly Buzz presents to you the new excited and energized batch of Left Right Left.

With the show having done 328 episodes already, it's now adding new feathers to its cap. The show will have a set of 7 new entrants as cadets joining the Kanchenjunga Military academy. SAB introduced their new batch at a party at Kino's cottage in Mumbai with a theme party based on the show Left Right Left.

The new batch of 7 cadets consist of Makhrand Malla [Mohit Daga] a son of a dacoit who wants to prove himself to his father; Peter Sabnis [Saurav Chakravarthy] a loner who is passionate about music; Rummy [ Harshwardhan Rane] a directionless arsenal of abundant energy, Purvi Bisht [ Swati Taldar] a former model who wants to prove that there is more to a model than mere looks; Vidya Pradhan [ Deeya Chopra] a strong but sensitive soul; Akriti Bhatt [ Shikha Singh] a stunt woman who is out to prove that women are as god as men and finally Samira Shroff [ Sanaya Irani] who plays a minister's daughter who recently joins the KMA as a cadet.

The cadets dressed in army uniforms sashayed down the ramp and introduced themselves one by one with the spot light following them all the while. The cadets then danced to the tune of the title song of the show. We also witnessed senior cast Aparna Tilak at the party which made it more happening.

The cadets were all very excited and appeared to be very elated while posing their way to stardom. The show will now have a new story line, so viewers can expect exciting episodes ahead. 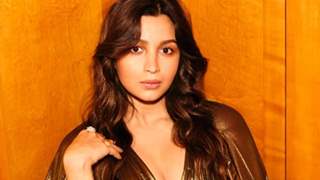 + 5
4 years ago What a lovely throwback, brings back memories

6 years ago Sanaya Irani have arocking monaday baby love u