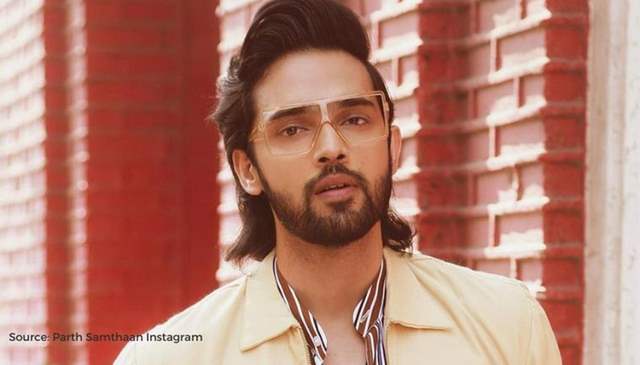 Parth Samthaan made his digital debut with Main Hero Boll Raha Hu and it is definitely making quite the buzz. Two days since its release, everyone has been talking about the show and fans seem to be gushing over the actor as well as his performance. We got in touch with Parth, where he got talking about the show, taking up the role, and more.

You are seen in an absolutely different avatar, what was it like to play Nawab?

It is very different, in fact, I have missed a lot of things in the last 3-4 years given that I have been playing romantic roles and performances because I couldn't do a lot of other things with the character that I played. With Nawab, the swag and the attitude that is the character has and the thought process of the character, and how he wants to own the city is what the story is about. It is set in the 90s era and a lot of efforts were taken in order to make this character, for example, had to grow my hair, then I also had to wear contact lenses and my look and my costumes as well. For that matter, I even started smoking because I have to smoke a lot of cigarettes as unfortunately, I had to do it because the character demanded so yes it took a lot of things.

What prompted you to take the series?

I did not have any such thing in my mind that it is a crime show and given the current date and time when the genre is working a lot and hence I should also be a part of this, it wasn't anything like that. I never had this idea of being a part of what has been trending, but it is just that I was working on Kasautii and had kind of reached my saturation because I have done everything that it demanded for two years so you want to do something different and that is when Ekta ma'am called me and told me that she has this character for me and told me it will be wonderful if you portrait it beautifully and the image that you have of a chocolate boy and an ideal boyfriend/husband image, it will break that image and people will be surprised to see the new avatar of you. They will love to watch you and that is what people are liking right now because they can't even relate me to that character and I take that as a compliment.

The COVID cases are on a rise, and an almost lockdown has been imposed. How have you been keeping up?

It is unfortunate and funny at the same time because we thought that there will be a phase and we will overcome it and we will start out with a positive note this year and we will be free and we will be able to resume again. But we are back to square one and it feels like we are back to where we started in a certain way but it is really unfortunate, it is actually shocking that cases have tripled right now as compared to last year and we have to make sure that we take care of ourselves and stay protected. It is unfortunate that shootings have also stopped and people were looking for alternate options. What could be a possible option right now is for everyone to get the vaccine and that is very important that it is available for everyone and so they can take it and be secure for the rest of their lives.