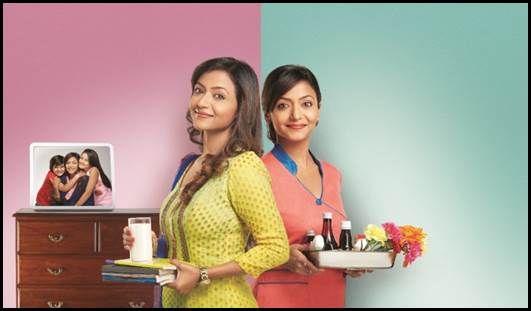 Muskaan Hospital in PAL's Hamari Sister Didi is all set to bid adieu to their Sister Didi Amrita played by the beautiful Pariva Pranati. The show is leaving no stone unturned to entertain its viewers.  In the upcoming episodes the viewers will be entertained by the exciting twists and turns in the storyline.

Everybody's favorite Sister Didi - Amrita is going to be seen getting accused by a patient.  Sohanlal,  the patient who will blame Amrita for prescribing him the wrong medication which has ended up giving him rashes all over his body. Sohanlala will be seen taking a firm stand against her and the hospital authorities.

As this patient has come with proof to the management accusing Amrita for a mistake that she has done, the management is going to be left with no option but to ask her to leave. Muskaan Hospital is going to be seen facing the darkest days as the soul of the hospital is going to be bidding adieu. As this turns out to come as a shock to the entire hospital as no one could ever expect or imagine of Amrita making such a huge blunder, they try their best to take a stand for her, but it doesn't make much of a difference to anyone.

Well the fact still remains is that has Amrita really made the mistake or is she just being accused?

+ 4
9 years ago Oh yea .. kissing ain't that comfortable yet stripping off almost all your clothes IS =/

And this goes out to all the actresses who are comfortable with that -- not just BB.

+ 2
9 years ago @-BurningDesire- haha! and also offscreen! don't forget about that "hot" kiss with Cristiano Ronaldo. That picture made her look like a cheapo..

+ 2
9 years ago the most stupidest joke of the yr!!!! i mean every indian actress is trying to be satti savitri after they '' realized'' their mistake! who wants 2 believe that?
but othr if v c that she is a woman and a woman wont kissig or hav lovemaking scene for her fun, its all abt that these kind of ladys does that for money

+ 2
9 years ago Oh common bipasha to whom are you making mad?
You did so many kissing scenes onscreen and now you're saying you're not comfortable doing that??? LOL!!