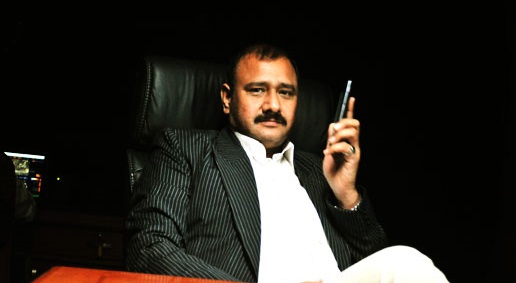 Colors' Code Red is all set to telecast yet another crime story based on small villages' bad conditions.

Paritosh Sand of  Kumkum-Ek Pyara Sa Bandhan fame will be seen in the particular episode.

Our sources says, "The story is based on a village issue of toilets which are not built inside the houses. Because of this people to go to the jungle for the necessary activities. Once a girl was going to the jungle for the same but got raped on her way. Kabir (Yash P. Sinha) took this as an example to spread the message that though we are in a developed country where every individual carry cell phones, having a toilet built in the house is extremely necessary."

Paritosh says, "Yes, I have shot for an episodic of Code Red, it is a very good story where I am playing the character of elder brother who does a mistake and later on feels guilty. Shooting for the particular story was a very nice experience."

3 years ago It is a very nice movie but the best and most important part of the movie is Abhishek Bachchan's double role and he play a amazing role in the movie.

+ 4
8 years ago I had a feeling this movie myt be good. The review seems promising. Looking forward to this flick.

+ 5
8 years ago This movie has definitely sparked an interest in me from the comments I read. I love the original Golmaal I watch it whenever I am in the mood for a light comedy. Hopefully this movie is worth it.

8 years ago omg hilarious movie.abhi & ajay done their job excellently.kodus to director rohit for giving a tribute to original movie.amazing work done by whole cast.4/5.songs done by reshamiya is not at all pleasing except the title song sung by amithji.after a long time i watched a hindi family entertainer.

+ 2
8 years ago It seems like a good movie but I'm gonna watch it for Prachi Desai! Hope you get many more wonderful movie offers Prachi!

+ 7
8 years ago I would rate this movie ****. Its good comedy, I thoroughly enjoyed comedy movie after long time. Last movies I enjoyed of comedy were Double Dhammal & Yamla Pagla Deewana.

This movie was hilarious, brilliant and good clean comedy. (Once you leave your brains at home)

This is one of the movies of Abhishek Bachchan's movie that I enjoyed in after long time. The stars of the movie were AB Jr. Ajay Devgan, Krushna. Prachi was good in playing the kid sister. This movie was similar yet completely different from the original Golmaal, it is loosely based on it but not entirely everything is different. Ajay rocks with his broken language, and the dialogues are hilarious when he converted into English. I will be disappointed if Ajay, Krushna Abhishek and Abhishek Bachchan don't win or get voted for best comedians for the year when the awards are due. Must watch for everyone, great family entertainer!!! Huge laughter riot. Everyone was laughing in the theaters and many had tears in their eyes from laughing. Hats of to Rohit Shetty & his team, I never miss watching his movies or owning them in DVDs since its a total Paisa Vasool movies!!!

8 years ago PRACHI DESAI!!!! You are looking faboulus and I am only gonna watch the movie for you!!! Cant wait :D