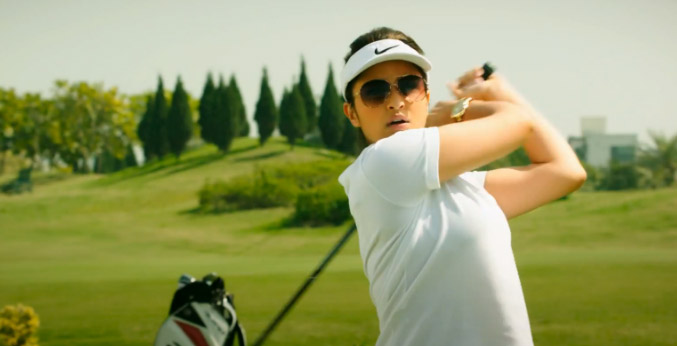 The young actress, who will next be seen in Yash Raj Films' Kill Dil underwent special training for Golf. Her character in the film demanded her to learn the sport as she will be seen playing it. For that, she had to learn at least the basics of the sport.

A special person was hired to come and train the actress for the same. While it was only for couple of shots she didn't want it to look fake. People who play golf have a very different posture / style / the way they play the shot, so she wanted to perfect it.

Parineeti Chopra is looking extremely different in the film. Gone is girl next door styling and her look is with added oomph.

The actress took keen interest in the sport and loved the whole experience of learning even the basics of the royal sport. Spokesperson of Kill Dil confirms the news and adds, "Yes, Parineeti wanted to perfect the way she would give the shot so she got into the basics of the sport."