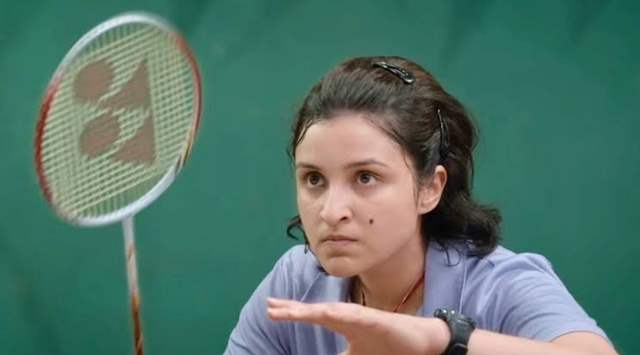 The sports biopic titled ‘Saina’ based on badminton champion Saina Nehwal released in theatres last month. If you missed watching the film on the big screen, you can now catch it while sitting in your living room, right on your mobile screens.

Parineeti Chopra starrer ‘Saina’ is all set to have a digital premiere on Amazon Prime Video on April 23, 2021.

Excited about her film showcasing on the streaming service, Parineeti said in a statement shared by her team:

"I am extremely thrilled with the film having a global digital premiere on Amazon Prime Video, bringing such an inspirational story to audiences across the world.

With this film, I have learnt that a biographical film comes with many challenges; my biggest challenge as an actor was to get into Saina Nehwal’s shoes, literally and figuratively, to stay true to the story and recreate her accomplishments and hardships. As an actor, I embraced each challenge, and I do think that I learnt a lot as a professional in the process. I worked on the physical appearance and the right body language, and I am glad it worked out in my favour. I had a great time working on this film."

With Parineeti Chopra as the lead, the film follows the career highs and lows of Saina Nehwal, one of India's ace shuttlers and one of the most celebrated badminton players in the country. The biopic highlights the people who have been an integral part of Saina’s professional journey and contributed to building her resilience and unbreakable spirit.

Directed by renowned filmmaker Amole Gupte (Stanley Ka Dabba), the film chronicles Saina's childhood, her growing interest in badminton and her move from Haryana to Hyderabad, where she meets the coach who changed her life. The story speaks of her struggles and achievements and the journey to earn a leading position in the world of sports.

Saina is an inspiring tale of a sports personality, featuring aspects of personal and professional life, aimed to encourage, inform and entertain the audiences. Get ready to watch Parineeti Chopra in her never-seen-before avatar with the digital premiere of Saina on the streaming service.

Starting April 23rd, the audience can stream Saina from the comforts of their homes on Amazon Prime Video.