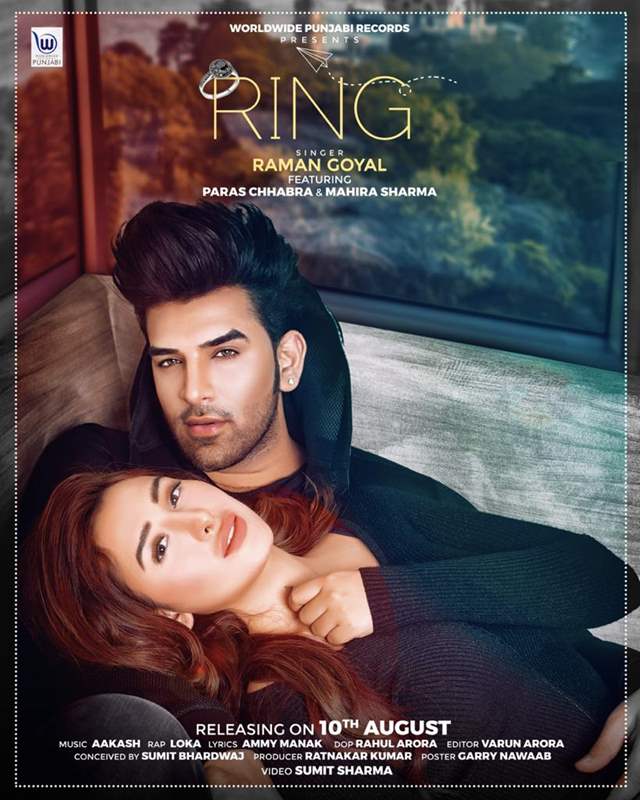 Bigg Boss 13 contestants Paras Chhabra and Mahira Sharma have gained immense fame and popularity. The duo have been loved by the viewers for their adorable friendship and chemistry. Post the huge success of BB13, the two were also seen in the music video 'Baarish' and Hashtag love Soniyea. Now, Paras and Mahira are back with yet another surprise for all the 'Pahira' fans.

Recently, the two announced their next project titled 'Ring' on their social media account which created a lot of buzz amongst the viewers. Worldwide Punjabi Records presents 'Ring' which is sung by Raman Goyal and features - Paras Chhabra and Mahira Sharma.

The two once again took it to their social media account to announce the release date of the same. 'Ring' will be released on 10th August 2020. Have a look:

Are you guys excited to see Paras Chhabra and Mahira Sharma in this music video? Do let us know your views on the same in the comments section below.